The polluted air emanating from the Indo-Gangetic plains are affecting the air quality of the rest of the country and our neighbours. The pollutants from the plains and central India are shown to be signiﬁcant boundary layer ozone (BLO) contributors to the neighbouring regions as well as eastern (including Bangladesh) and southern India.

Not only the precursors but also ozone made in a speciﬁc region is transported to other regions within the Indian subcontinent.

This was revealed in the latest study conducted by the Departments of Chemistry and Atmospheric Science, Colorado State University, USA which used the ozonesondes; In-service aircraft for a Global Observing System (IAGOS) aircraft data; and satellite (Tropospheric Emission Spectrometer (TES)) measurements over the Indian region. 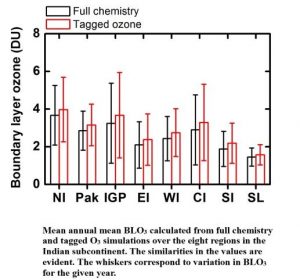 The BLOs or bad ozone is colourless gas is quite tricky to control as they are formed when sunlight hits human-created pollutants (ozone precursors) such as nitrogen oxides, carbon monoxide and volatile organic carbons (VOCs) spewed by vehicles, power plants and other sources.

The latest study by Liji M. David and A. R. Ravishankara shows that the heavy air is not just a problem for Indians. The study shows, according to the chemical transport model which estimated the transport of boundary layer ozone and its precursors from eight regions within the Indian subcontinent, the reach of the gases.

The Indian standard for ground-level ozone is 50 ppb (based on the maximum daily 8-hour average) and most of the stations in India measure surface ozone (ozone at 5-10 metres above the ground). But despite this, there is gap in data sets, the study found.

The model further reveals that boundary level ozone would be brought down by only 25 percent if the Indo-Gangetic plain and central India switch off their own emissions, reinforcing the emphasis on co-ordination.

“More boundary level ozone was formed even in the IGP and central India from precursors imported into these regions,” the study said.

Another interesting finding of the study is that 65-70 percent of the ozone in northern India comes from outside of the Indian subcontinent, underscoring the need for international coordination to address ozone pollution problem in northern India.

India recently launched NCAP program for 102 cities that primarily target particulate matter pollution but has no mention on ozone emissions. This leaves room for improvement for the policymakers to come up with an improved plan and collaborate with neighbours to clean their airs together. 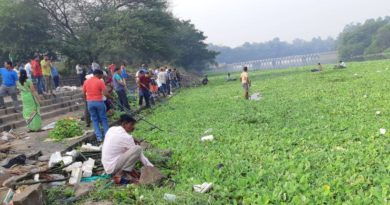 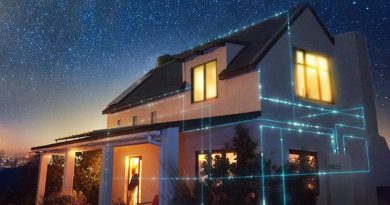