The solid waste generated by Indian cities is set for a quantum leap in decades to come, given rapid growth in population and consumer spend. This should not let us waste the opportunity…

Urbanisation and economic growth have been adding more and more people to our cities by the year. The World Economic Forum has estimated that consumer spending will increase by more than 2.5 times in the coming decade, to $5.4 trillion from $1.4 trillion today.

With rapid urbanisation, the country is facing massive waste management challenge. Over 377 million urban people live in 7,935 towns and cities and generate 62 million tonnes of municipal solid waste per annum. Only 43 million tonnes (MT) of the waste is collected, 11.9 MT is treated and 31 MT is dumped in landfill sites. Solid Waste Management (SWM) is one among the basic essential services provided by municipal authorities in the country to keep urban centres clean. However, almost all municipal authorities deposit solid waste at a dumpyard within or outside the city haphazardly.

It is clear that India is following a flawed system of waste disposal and management.

The Supreme Court had drawn focus to the issue way back in 2000 when it directed the Ministry of Environment and Forest to frame the rules for managing municipal solid waste and ensure implementation. This was followed by the Jawaharlal Nehru National Urban Renewal Mission in 2005 and the Swachh Bharat Mission in 2014.

The key to efficient waste management is to ensure proper segregation of waste at source and to ensure that the waste goes through different streams of recycling and resource recovery. Then reduced final residue is then deposited scientifically in sanitary landfills. Sanitary landfills are the ultimate means of disposal for unutilised municipal solid waste (MSW) from waste processing facilities and other types of inorganic waste that cannot be reused or recycled. Major limitation of this method is the costly transportation of MSW to far away landfill sites.

A report by IIT Kanpur found the potential of recovering at least 15 percent or 15,000 MT of waste generated every day in the country. This, the report said, could also provide employment opportunities to about 500,000 rag-pickers. The report added that despite immense potential in big cities in this area, participation from non-profits or community is limited.

In some urban centres, people working in the informal sector collect solid waste for each doorstep to get a collection fee and derive additional income from sale of recyclables. The informal recycling industry plays a major role in waste management. It also ensures that less waste reaches landfills.

World over, waste-to-energy is seen as an option for processing solid waste and reducing the quantity of residual waste going to the landfill, so as to save the amount of land required for disposal of waste. In India, too, cities have attempted various waste-to-energy projects. However, no success has been found yet.

Installation of waste-to-compost and bio-methanation plants would reduce the load of landfill sites. The biodegradable component of India’s solid waste is currently estimated at a little over 50 per cent. Bio-methanation is a solution for processing biodegradable waste which also remains underexploited. It is believed that if we segregate biodegradable waste from the rest, it could reduce the challenges by half. E-waste components contain toxic materials and are non-biodegradable which present both occupational and environmental health threats including toxic smoke from recycling processes and leaching from e-waste in landfill into local water tables.

Another concept of common waste treatment facility is being widely promoted and accepted as it uses waste as a resource by either using it as a co-fuel or co-raw material in manufacturing processes. This has led to rise of Public-Private Partnership (PPP) models in waste management which has open doors for doing business in waste management.

According to Crisil report ‘Talking About Trash’, addressing the challenge, therefore, requires coordinated efforts at all levels of government – central, state and local – with guided support for preparing long-term strategies, and short-term and implementable action plans, along with capacity building.

Civic bodies have to redraw long term vision in solid waste management and rework their strategies as per changing lifestyles. They should reinvent garbage management in cities so that we can process waste and not landfill it (with adequate provisioning in processing and recycling).

To do this, households and institutions must segregate their waste at source so that it could be managed as a resource. To this end many cities like Nagpur, Gurgaon and others have made mandatory waste segregation at the household level.

The Central government aims to do away with landfill sites in 20 major cities. There is no spare land for dumping garbage, the existing ones are in a critical state. It is reported that almost 80 percent of the waste at Delhi landfill sites could be recycled provided civic bodies start allowing ragpickers to segregate waste at source and recycle it.

Compost pits should be constructed in every locality to process organic waste. Community participation has a direct bearing on efficient waste management. Recovery of e-waste is abysmally low, we need to encourage recycling of e-waste on a very large scale level so that problem of e-waste disposal is contained.

Another interesting development could be in AI according to CRISIL. This can been seen in China where Artificial Intelligence is used. After Shanghai residents complained about the difficulty in sorting waste into four categories under a new rule that came into effect July 1, China’s biggest internet companies jumped in with apps to help out.

Tencent, which operates the messaging app WeChat, introduced a mini-program, Master of Trash Sorting, for users in the cities of Beijing, Shanghai, Shenzhen and Guangzhou, to help sorted and dispose waste. Alipay, the financial arm of Alibaba, too deployed its artificial intelligence and augmented reality technologies to a mini program for waste sorting in Shanghai and other cities in China. Users scan waste items using cameras on their smartphones to learn which category the rubbish belongs to. 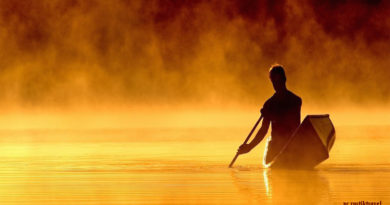 In a Quest for Sustainability, Rustik Travel 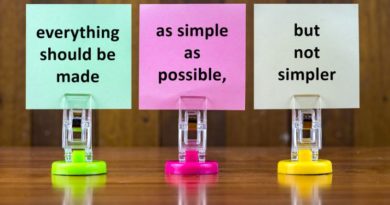 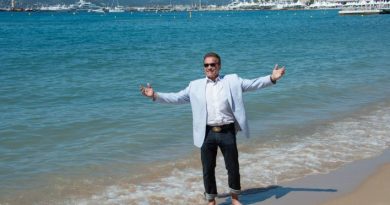