Recommendations or plans to set up a landfill and a Waste-to-Energy plant in any Indian city is meeting stiff resistance from citizens. We explore why

After Delhi, Mumbai is likely to get waste to energy plants. the Brihanmumbai Municipal Corporation (BMC) has mentioned waste-to-energy plants in the budget which means that after Deonar dumping ground, work on Mumbai’s first construction and demolition waste processing and recycling facility may soon begin this year.

The revised tender for the waste-to-energy plant at the Deonar dumping ground with a capacity of 600 tonnes per day (TPD) is under process. “The earlier tender for the 3,000 tonnes per day plant got no response, which is why we had to float another one with a revised capacity,” said Ajoy Mehta, BMC Commissioner  while announcing the budget. A budget of `Rs 100 crore has been proposed for the same for this year.

Along with this, the BMC has also made a provision for `Rs 4.50 crores for setting up the construction and demolition waste processing facility for which, the work order will be issued by June 1 this year.

Last year the Supreme Court allowed the cutting of trees in Delhi Ridge to set up a Waste-to-Energy (WTE) plant and a landfill site. Currently, Delhi has three WTE plants in Ghazipur, Bawana and Okhla. Of the 10,050-tonne waste generated in the capital, 50 per cent or 4,900 tonnes of waste is treated every day in these three WTE plants, if you go by the claims of the relevant authorities.

Unfortunately, there is a very good reason why residents are protesting these plants everywhere.  The dangers of using inadequately segregated municipal waste as feedstock for Waste to Energy (WtE) plants in our cities. The gases and particulates they spew when they burn mixed waste in the process of incineration are toxic. And it is undeniable that sgregation has been a massive failure so far in our major cities.

For the past 2 years, residents of Okhla and surrounding areas in Delhi have been protesting that the WTE plant in their vicinity simply does not  comply with the stipulations of National Green Tribunal (NGT). The Plant is located within 30 metres of the residential areas, emissions are a major issue with the residents, and the plant was even slapped a fine of `25 lakh in February 2017 by the NGT, but many questions about air quality standards in the area remain unanswered, including why the plant spews soot and ash in the neighborhood which has schools, big hospitals like Apollo and Escorts Heart center.

To make matters worse, Delhi authorities are considering the expansion of this WtE plant from 16 MW to 40 MW! The residents claim that the plant’s original Environmental Impact Assessment (EIA)—issued to IL&FS—bears no resemblance to the plant now in operation.

There are five municipal WtE plants operational in India, with a total capacity to produce 66.4 MW electricity per day, of which the lion’s share, 52 MW per day, is generated in Delhi by its three existing plants. There is also talk of setting up a new municipal WtE plant with capacity of 25 MW at Tehkhand in South-East Delhi, the site of another of the cities infamous waste ‘hills’.  The bandwagon is rolling on, with many cities across different states vying for such plants as a quick and lazy solution to the very complex challenge of solid waste management in urban India.

Why are they dangerous?

The WtE plants in India burn mixed waste which has chlorinated hydrocarbons like PVC. Since they are typically burnt at less than 850 C, they release  carcinogenic agents like FUrans and dioxins, that can lead to impairment of immune, endocrine, nervous, and reproductive systems. Tracking them is also difficult, as Okhla shows. But effecst are felt on the ground, in terms of higher cancer rates for instance, which will take years to be established as being caused by them.  Joint-inspections involving the residents, as mandated by NGT, have shown that the plant was being operated without adequate use of activated charcoal for filtering out dioxins, furans and mercury from the emissions.

To take the case of just successful country, Sweden, which has achieved almost 99% waste recycling, even there, it has taken a massive effort in segregation at source to make the effort successful. Today, even as it converts almost 50% of its waste to energy, it is actually looking to REDUCE that figure towardsa higher share of recycling, to reduce impact on the environment even further.

As a conclusion, we must seriously explore low cost options such as composting and bio-methanation. Besides targeted recycling, something we have actually been quite good at. Because solving the segregation challenge is still some distance away. 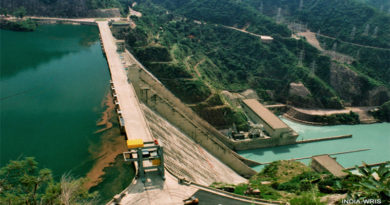 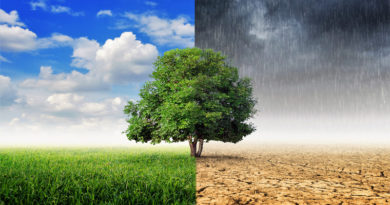