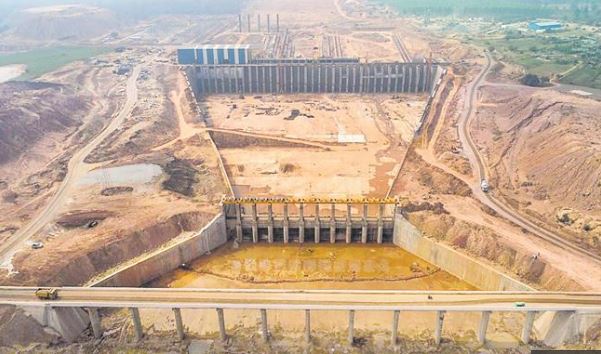 Sometime in the afternoon today, the Kaleshwaram multi-stage lift irrigation project on the  Godavari river in Telangana will finally start its life. Billed as the largest such project in the world, the Kaleshwaram project promises to use the Godavari’s floodwaters to create multiple storage sites across Telangana, water that will be used to provide irrigation to 4.5 million acres of agricultural land, and drinking water to almost 70% of the state’s population. In doing so, the project effectively covers 20 of the 31 districts in Telangana.  Till date, the biggest lift schemes in the world included The Colorado lift scheme in the US and the Great Manmade River in Egypt.

The Kaleshwaram Lift Irrigation Project (KLIP) as it is called is a showpiece project for Telangana and the country, also serving as a great example of interstate cooperation, thanks to Maharashtra’s signing of the 2016 agreements to solve inter-state disputes, helping pave the way for the mega project.

Andhra Pradesh, out of which Telangana was carved out of, is also an interested party thanks to the sharing of the Godavari and Krishna rivers between the two.

What KLIP is all about

In its first phase or year 1, the project is to enable lifting of two TMC (thousand million cubic feet) of Godavari water per day from the Medigadda barrage, starting July end, when the first flush of the monsoons would have worked.

Water at the confluence of two rivers with Godavari will be collected through a barrage at Medigadda in Jayshankar Bhoopalpally district and then reverse pumped into the main Godavari river and divert it through lifts and pumps into a huge and complex system of reservoirs, water tunnels, pipelines and canals. After six stages it reaches the final  Kondapochamma Sagar reservoir, which is at a height of 618 meters. In other words, the water from Godavari will be lifted by that height from its base. The key ‘collection’ period will run from August to October, sometime after the monsoons make their impact, with close to 141 and upto 180 TMC of water targeted for the 20 upstream reservoirs.

The total project has a water supply route spanning 1,832 km, a gravity canal spread across 1,531 km, 203 km in tunnel routes, 20 lifts, 19 pump houses and 19 reservoirs with a combined storage capacity of 141 TMC. It requires nearly 4,992 MW of electricity to pump 2 TMC of water every day in the first phase. This requirement will go up to 7,152 MW for lifting 3 TMC from next year, if all goes to plan

Infra company and developer Megha Engineering and Infrastructure Limited (MEIL) was the key contractor that did the electro-mechanical works for the project. For pump houses, 120 machines (each machine consists of one pump and a motor) are being installed and out of these, MEIL alone is installing 105 machines. Public sector BHEL has designed and developed these pumps. “The uniqueness of this pump house lies in its twin tunnels constructed side by side by excavating the earth with a diameter of 10.5 meters, each having a length of 4133 meters. Surge pool and additional surge pools of this pump house are also the biggest in the world. One can imagine the size of the Pump House that has 330 meters depth, 25 meters width and 65 meters of height,” Srinivas Reddy, Director MEIL says.

MEIL is also constructing 17 pump houses. As part of Link 1 in the first phase, Medigadda, Annaram and Sundilla pump houses are being partially readied for pumping water. The world’s biggest underground pump house is also ready to pump 2 TMCs of water per day.

“It’s a privilege and a lifetime opportunity that we are executing this engineering marvel, building the world’s biggest pumping scheme. We are engaging world-class technology involving the best agencies and manpower and are racing with time without comprising on quality,” said Mr Reddy Reddy.

Beyond the numbers, hopes are high that the project will give a major jump to Telangana’s economy, thanks to the massive impact on agriculture, where farmers will be able to grow two crops now, and allied activities like fishing etc.

The Rs 80,100 crore project is completely state-funded, along with a consortium of 20 commercial banks.

The Indian Experience so far

In India, the National Bank for Agriculture and Rural Development reports that there are 1401 lift irrigation schemes financed by them. These schemes irrigate 22000 hectares of land, and have a total financial outlay of Rs. 6462.5 million. However, as many as 573 of these schemes are not working, mainly due to poor distribution of water.

Lift irrigation is usually considered where the case for utilising water otherwise ‘wasted’ is really strong, besides its lower requirement for land acquisition and management, once established.

In India, where there are grand plans for river linking afoot, with the first of those involving the Ken-Betwa rivers on the verge of final approval. The Telangana experience with Kaleshwaram, if positive, might possibly give a reason to explore lift irrigation more closely, rather than the far bigger understood, and unrecognised risks with river linking, as activists against it claim. Two months from today, answers will finally start coming in. 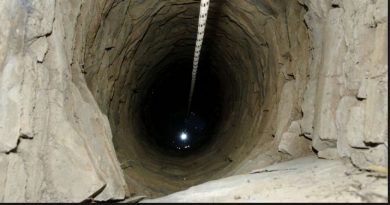