China, if you track the news around it, has made giant strides in sustainability. True, but what about the bad news?

When it comes to the environment, or more broadly, sustainability, China has clearly been a bright spot of 2018. Instead of the country heading into a crisis, as it seemed in 2015.  From the world’s most polluted air, to poisoned lakes, rivers, and serious depradations of its forests and more, China seemed like it would sacrifice too much at the altar of growth. So much in fact, that the process might be irreversible. But the country has made a serious effort at course correction since then, in the process changing industry contours well beyond its own borders. However, that doesn’t absolve it of its share of blame for much that it is responsible for, even today.

First, the big changes. China has emerged as the front-runner in Renewables. Consider the info bytes. China installs enough solar panels to cover a football field every hour and has the world’s largest floating solar structure in Southern China. It has   doubled its solar and wind capacity, while it produces two-thirds of solar panels for the world at prices that have accelerated solar adoption pretty much everywhere. After crossing its own solar target, it has set a revised 213 GW solar target for 2020 ( five times the US current capacity).

But despite all of this the RE is still only 20% of its energy. And at China scale demand, that is a massive energy footprint running on fossil fuels, primarily coal, even today.  However, that is not the problem we wish to highlight today. The issue is China’s violations, or inability to control, blatant industrial activities that undermine global efforts.

Early in 2018, it decided to stop importing trash from other countries, primarily the US, a well meant decision to protect its own environment, but its own domestic industrial waste recycling and management leaves much to be desired. And as the world no. 1 there too, it has much to worry about.

Back in  June 2018, mysterious emissions of banned CFC emissions were traced to China’s construction industry. A report from the Environmental Investigation Agency campaign group has found that construction firms in China are using the banned ozone-depleting chemical CFC-11 to inflate thermal insulation in homes, impacting recovery of the layer.

Then, just after a  UN report confirmed that Ozone layer was recovering,   the Massachusetts Institute of Technology (MIT) flagged a fresh development as a threat to the recovery, blaming it on rising chloroform emissions.The findings reveal that post-2010, global chloroform emissions rose gradually and reached a high of 324 kilotons per year. Xuekun Fang, lead author of the paper and postdoctoral associate at MIT, “We conclude that eastern China can explain almost all the global increase.”

China produced 46.4 percent of the world’s coal and consumed 50.7 percent of the global total last year, based on energy equivalent estimates by BP Statistical Review of World Energy.

The country was by far the world’s largest source of energy-related carbon dioxide (CO2) emissions, accounting for 27.6 percent. China’s CO2 emissions rose 1.6 percent in 2017 after declining in the previous two years. Air pollution also, which saw a dip of 6.5% in February, spiked again by 8% May. 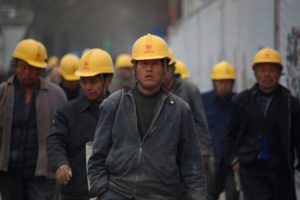 The pressures on coal and the environment have been largely driven by pro-growth economic policies that have tightened China’s energy markets. Electricity consumption jumped 9.4 percent in the first half of the year, rising eight percent in June from a year earlier. In late May, the international environmental group Greenpeace calculated that China’s carbon emissions rose 4 percent in the first quarter, last year as coal demand increased 3.5 percent.

After aggressive Damming programme for 20 Years to produce electricity for Rural China, Beijing in June identified more than 24,000 small hydropower plants for decommissioning. The government says small dams have disrupted the habitats and breeding patterns of many rare species of fish, although green groups argue the damage wrought by bigger dams is more severe, with entire towns and ecosystems submerged in water, which they say increases the risk of earthquakes, landslides, and make areas susceptible to climate change.

China’s official hydropower capacity was about 340 gigawatts at the end of June and about a third of that is considered small hydropower projects of less than 50 megawatts, which may be shut down. China’s overall power capacity, including coal and nuclear plants, is 1,740 gigawatts.

The most under-reported public health hazard that has rarely made global headlines- China’s Toxic Soil Health, given that China is trying to feed 22% of the world’s population on only 7% of the world’s arable land.There are three reasons why the contamination is so extensive. First, China’s chemical and fertilizer industries were poorly regulated for decades and the soil still stores the waste that was dumped on it for so many years.

The second big problem is that land is being poisoned by “sewage irrigation”. Wastewater and industrial effluent are used in increasing amounts for irrigation because there is not enough fresh water to go round. 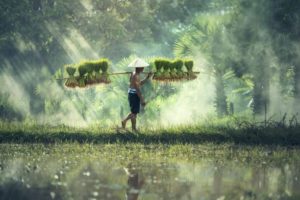 82.8 percent of samples of Soil across China is contaminated with cadmium, mercury, arsenic, copper, lead, chromium, zinc, and nickel

Third, soil pollution is affecting more people than it used to because of economic change and urbanization. As more and more urban areas sprawl up, the once-remote chemical factories are now surrounded by houses and shops. As the economy switches from heavy industry to services, many factories are closing down or relocating.

To make matters worse, the soil is bearing the burden of the excess use of fertilizer and pesticide, which has increased as China’s demand for grain has risen.

The Chinese Government study says agriculture is responsible for 43.7% of the nation’s chemical oxygen demand (the main measure of organic compounds in water), 67% of phosphorus and 57% of nitrogen discharges.

Wang Yangliang of the ministry of agriculture recognized the fall-out from intensive farming methods.”Fertilisers and pesticides have played an important role in enhancing productivity but in certain areas improper use has had a grave impact on the environment,” he said. “The fast development of livestock breeding and aquaculture has produced a lot of food but they are also major sources of pollution in our lives.”

According to a recent Greenpeace report, the country consumes 35% of the world’s nitrogen fertiliser, which wastes energy and other resources, while adding to water pollution and greenhouse gas emissions.

China is the best and the worst hope for Climate Change

China is the world’s biggest carbon polluter, and its emissions won’t start easing for many years. Chinese leaders are also exporting dirty energy around the world through their “belt and road” development program, which is spurring economic growth throughout Africa and Southeast Asia. A construction boom in coal-fired power plants has accompanied that growth in places like Vietnam, Pakistan, and Kenya, for example.

China as both a cause of the problem and a potential solution. China burns half the world’s coal and has added 40 percent of the world’s coal capacity since 2002. More than 4.3 million Chinese people work in coal mines, compared to 76,000 in the U.S. With one of the worst safety records to boot.

If anything, the lessons from China have been stark for the world. The country will change, but only when there is a compelling economic case for it, as it showed with its dominance of solar panels manufacturing, which also led to a massive price drop. But China is a country that hates to be pushed into change, being very sensitive to perceived or real slights.  The best hope remains its own people, who forced the change in attitude to air pollution and water pollution for instance. The same people will need to assess their country’s policies and their impact on the world beyond China, and pressure the ruling communist party to think of the broader world too. 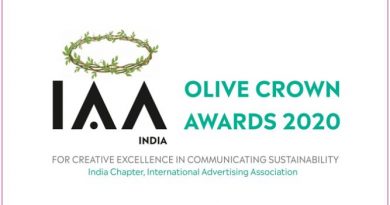 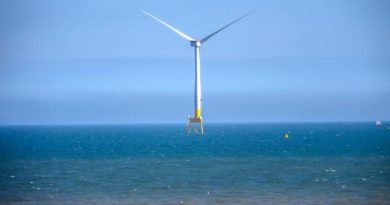