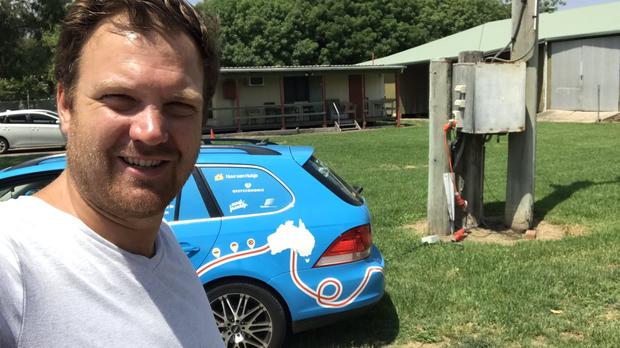 Meet the man behind the world’s longest electric car journey which has hit the 89,000 km mark

Meet the EV world traveler, Wiebe Wakker. He has been driving between countries while many electric car drivers fear driving one through towns. But Dutchman Wiebe Wakker hasn’t just conquered that so-called range anxiety – he’s actually tackled an 89 000km road adventure that’s taken him through 33 countries in 1050 days.

So far Wakker has taken his ‘Blue Bandit’, which is a Volkswagen Golf 5 estate retrofitted with an electric motor, through Europe, the Middle East, India, Southeast Asia and a large chunk of Australia, where he recently pulled into Adelaide after an Outback Adventure. 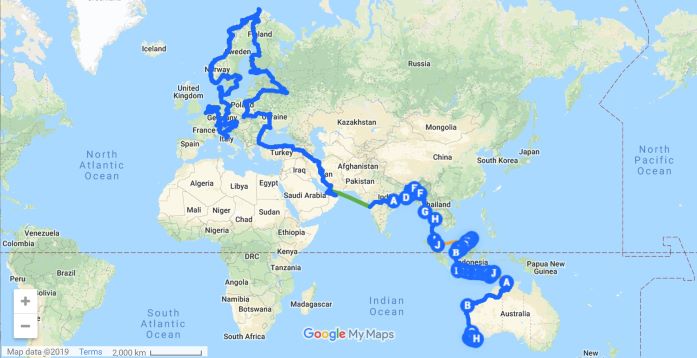 Not only is he doing the trip in a car that can manage just 200km between recharges, he’s also doing the trip without any money. Wakker instead relies on the helpfulness of people along the way to support him with a meal, somewhere to sleep and, of course, a place to plug his electric car in. So far he’s been helped out by 1700 people, whose offers also determine his route.

On that note, he theoretically doesn’t have very far to go, given that his goal is to reach Sydney, but the ultimate aim, according to Wakker, is to “educate, inspire and accelerate” the transition to a zero carbon future. Plug Me In is a road trip with a twist. During the electric road trip, Wakker makes stops at organizations, people and companies who are active in the field of sustainability. He wants to show what the challenges in the various countries are and explore innovative solutions and ideas.

“Electric vehicles are a significant part of the solution to the global environmental problem we all share, sadly the uptake of electric cars is going slow mainly because there are a lot of prejudices, people believe they are not reliable or not fit to cover long distances,” Wakker says.

“By driving from Holland to literally the other side of the world I hope to change peoples minds.”So far he has defeated the long distance world record for a non-solar electric car, which was 22,000km. You can know more about his adventures here.  You can watch the lates video log below 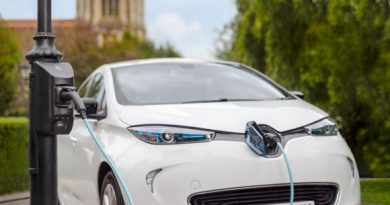 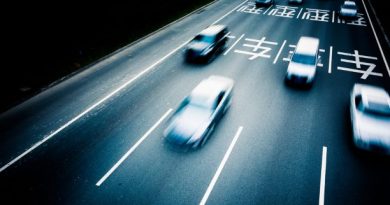