Germany to phase out Coal power plant by 2038

Germany will shut down all of its coal-fired power plants by 2038 at the latest, a government-appointed commission said proposing at least 40 billion euros or $45.7 billion in aid to regions affected by the phase-out.

Germany, which had started lagging many peers in recent months when it came to climate action has finally some good news to share. A landmark agreement between German utility industry, coal miners, leading environmental movement, and other local interest groups has  cleared the way for the country to stop burning coal to generate electricity over the next 20 years. The agreement came at the end of a marathon 20-hour long session involving all stakeholders.

The deal is significant in that earlier estimates had predicted a full coal phase out by as late as 2045.

Subject to the approval of state and national leaders, the agreement crafted by the 28 member commission shoild come into force as early as late this year

The plan is built around Germany’s strategy to shift to renewables, which made up more than 40 percent of the energy mix last year — beating coal for the first time — and follow a 2011 move to end use of nuclear power.

The agreement strives to reconcile the needs of miners and companies that depend on coal with the need to uphold Germany’s pledges made in Paris three years ago to dramatically reduce its carbon emissions. It calls for investment of up to €40 billion over the next 20 years for job retraining programs, as well as compensation to utility companies that shut down coal based plants ahead of schedule

With this, Germany is also hoping to avoid the sort of citizen protests experienced recently by France and put an end to the bitter feuds between utility companies and environmental groups that have become common in recent years.

“This is an historic effort,” Ronald Pofalla, the head of the commission, told reporters in Berlin. He stressed that each of the interest groups had made concessions in order to reach an agreement. “I would hope that the conflicts of recent years will now no longer be necessary, because dialogue within society contributed to reaching a consensus.”

After the agreement was announced, Johan Rockström, director of the Potsdam Institute for Climate Impact Research said, “The whole world is watching how Germany — a nation based on industry and engineering, the fourth largest economy on our planet — is taking the historic decision of phasing out coal. This can help end the age of finger pointing, the age of too many governments saying: Why should we act, if others don’t? Germany is acting, even if the commission’s decision is not flawless.”

Greenpeace Germany that was one of the interest groups involved in the negotiations, continues to feel Germany is not moving forward fast enough. Its goal is to eliminate the use of coal by 2030. In a statement after the agreement was announced, Martin Kaiser, executive director of Greenpeace Germany said,

“This compromise shakes Germany out of its lethargy on climate action. CO2 emissions in Germany has barely changed for years because of lignite burning, so it is good news that the coal phase-out will not be delayed any longer. However the report has a major flaw — switching off the last coal plant in 2038 is not fast enough to answer what tens of thousands of people have been asking when they demand a solution to the climate emergency. We will continue to push for a faster coal phase-out, to protect the planet and people everywhere from the life-threatening impacts of climate change.”

In a blow to RWE, Germany’s top electricity producer, the commission said preserving the Hambach forest was “desirable”, hitting the group’s key source of lignite where mining operations have already been halted following a court order. 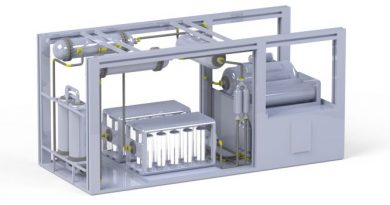