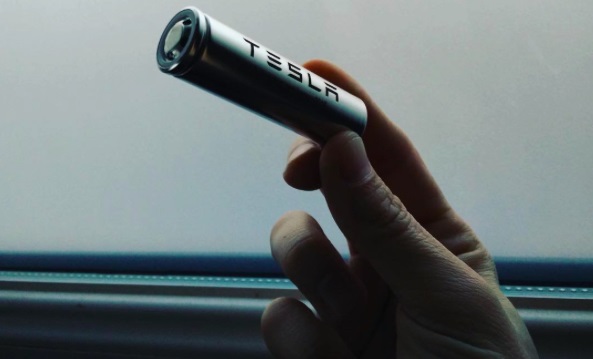 Back in 2017, India was keen on getting tesla's first Gigafactory outside California. For some reason, we missed it, as Tesla went with China. Now, as Tesla looks at the next level of battery technology and manufacturing, India must make a serious effort to bring in the maverick firm to India

In January 2018, soon after it became clear that Tesla had opted to make its first Gigafactory outside California in China, India’s Transport and Industries Minister, Nitin Gadkari had expressed  mild disappointment, saying that India remained open for business with Tesla.  However, he had also promised a ‘miracle’ in two years, on the CV and battery manufacturing front.

Two and a half years down the road, the Gigafactory in China is about to be up and running at full capacity, while we await the miracle that will add momentum to the India’s own EV and battery plans.

While the  government can hardly be blamed if a private firm like Tesla choses not to go with India, and we all know just how far China can go with incentives and removal of obstructions for an investment like Tesla’s, its time for India to reconsider its approach too. Perhaps, the simple truth is that our bureaucracy and thinking is simply incapable of trusting, or believing in the Musk led Tesla. Keep in mind that through most of the period between 2015-2019, when all this was happening, there has been a sizeable number of naysayers in the Tesla story, all predicting the firm’s doom, despite a rising stock price that has taken its present value to close to $400 billion dollars. For our safety first system, any hint of bad news will always take precedence over promises of future growth and prosperity.

This writer still recounts how after the Asian financial crisis of 1997, when many South east Asian ‘tigers’ like Thailand, Indonesia, Malaysia and the like were felled for close to a year or more due to their  balance of payments troubles, ‘know alls’  in India pointed to our own insular markets as a smart choice that had helped us avoid the crisis. Completely ignoring the decades of growth and prosperity  the same choices had brought to these nations, each of which is well ahead of India on almost all development indicators today. The same skeptics came out once again in 2007-8, during the global financial crisis, even though the recovery was even swifter the second time round in impacted countries.

It’s not like we don’t have the ability or persuasive powers to bring in a  Tesla to India. States like Tamil Nadu, Telangana and Andhra have shown the way, converting the most hardened investors to invest in their states, when the ‘prestige’ and benefits have been strong enough.

India should particularly be listening to Tesla’s moves to eliminate cobalt in its batteries, besides battery technology that Musk claims will lower costs further. As a firm that sees manufacturing as a strength, the plans to built ‘terafactories’ in the future, rather than the Gigafactories it has made so far including with partner Panasonic, require that  India should be particularly keen to get in early for a change.  For not only do these new batteries, expected to be ready in three years, promise to bring costs of EV’s at par with ICE vehicles, but they will also have possible applications in the broader storage space, with solar and other sources of renewable energy, where we have much at stake. With the  ‘tabless cells’ ( By removing the tab that connects the cell and what it’s powering), which Tesla is calling the 4860 cells, Tesla claims that the  batteries will be six times more powerful and add 16 percent to their possible range too.  All these announcements were made by Musk on ‘Battery Day’, an event dreamed up Tesla to announce its big plans.

For India, missing out partnering with a firm that has defied skeptics for over a decade now to repeatedly deliver on its promises, albeit a little late due to the sheer technology hurdles it has crossed along the way, would be self defeating.

It’s time that our government gets over its diffidence to engage with a firm and promoter who doesn’t follow its defined templates, and go for results. Bringing in a Tesla to India would do as much for the manufacturing ecosystem  as the bullet train between Mumbai and Ahmedabad, which we have supported too.   It will definitely be a far better idea than the regular concessions to startups and innovation in the form of funds disbursed through state agencies, that have achieved almost no visible impact or long term benefits.