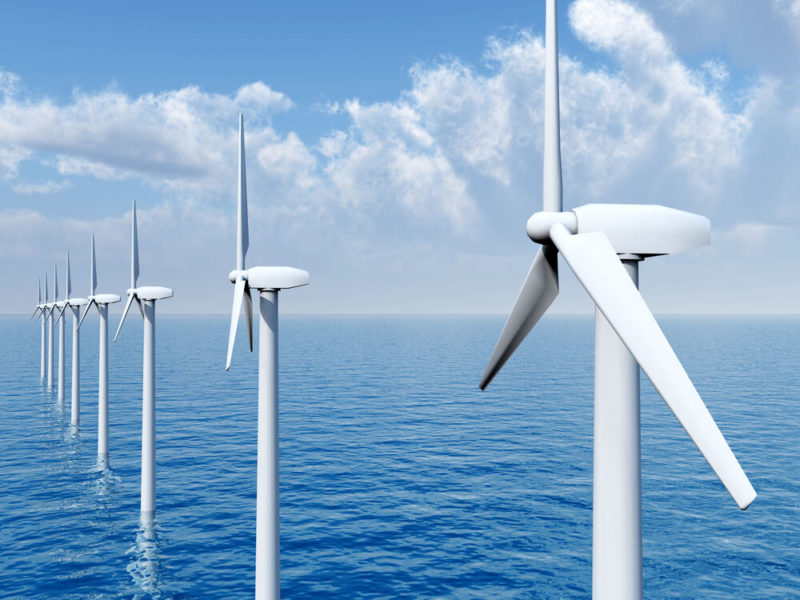 Preliminary assessment had shown promising offshore wind potential in the southern tip and west coast of India. Then a pre-feasibility report was prepared in which eight zones were identified on the Gujarat and Tamil Nadu coast. As it turns out, these are also zones high on smart cities .

India has successfully conducted a first-of-its-kind LiDAR-based offshore wind profile measurement at the Gulf of Khambhat in Gujarat, the National Institute of Wind Energy (NIWE) said in a recent report.

The Light Detection and Ranging (LiDAR) unit was situated about 25 km from the Gujarat coast.

Preliminary assessment had shown promising offshore wind potential in the southern tip and west coast of India. Then a pre-feasibility report was prepared in which eight zones were identified on the Gujarat and Tamil Nadu coast.

The period of data taken for analysis was from November 2017 to June 2018.

What made this study unique was the use of a LiDAR unit. This works similar to a underwater sonar or a radar on ground and measures wind speed and detects wind direction.

LiDAR is used extensively in the wind energy sector to measure wind potential for setting up offshore wind farms and its working is quite simple.

A wind LiDAR sits on the ground and measures the wind speed by emitting a laser beam out in the atmosphere. It then measures the time taken for that light to return to its source after being scattered back from the dust particles in the air.

Further, based on the satellite data analysis offshore potential needs to be rechecked by long-term measurements to take better decision for identifying and notifying the zones/sub-zones according to the offshore policy.

India a late entrant announced its National offshore wind energy policy only in 2015 to establish the policy framework for tapping the offshore wind potential in the country, which has remains untapped for long unlike the other parts of the world. 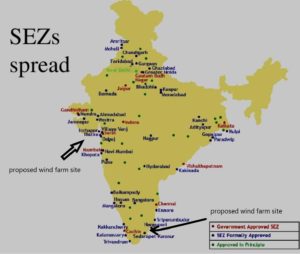 We at Iamrenew, believe that the latest interest in the offshore wind farms is a part of a larger scheme of things. The government has selected 99 cities to be developed as smart cities all around the country and these require extensive planning, besides renewable and sustainable power,  to make this a reality. If we look at the map of the proposed wind farms, the Gulf of Khambat area is in close proximity of Dholera (Guajarat’s first smart city under construction), Surat, Pipavav, Hazira and Alia bet, which will require energy for construction as well as sustenance.

The term may seem fancy, but the planning that will go into making every office, building, house and its utilities interconnected and online 24*7 will need sustainable electricity generation and heavy backup so that every sector, ie commercial or residential gets no power disruption.

Smart designs and operations in buildings are among the most important aspects of smart cities to ensure energy efficiency as well as occupant comfort and productivity. It is possible to realize 30% to 60% lower energy demand through efficient buildings as compared to regular buildings. For example: A regular office building may consume about 200 kWh/sq. m. annually, whereas an efficient building consumes about 85 kWh/sq. m. annually. This means we would actually have 58% lower energy demand if the future buildings are efficient as compared to regular buildings. Now if we multiply this according to the size of one smart city, the load on grids will easily surpass its present capacity. hence the smart grids and ‘islanding’ technique will ensure the continues supply of electricity. Here integration of offshore wind projects will come to the rescue. The wind Projects work in day and night and with energy efficient battery backups, the long term problem of power disruptions can be tackled.

all around the world there has been a remarkable growth in off-shore wind development, from less than 1 gigawatt of total installed capacity in 2006 to more than 19 gigawatts (GW) in 2017, and the pace is expected to accelerate. 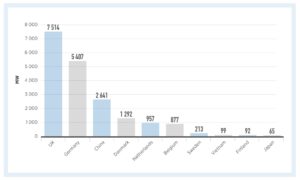 Over the past 25 years off shore wind technology has developed rapidly, with the first commercial plant beginning operation in Denmark in the early 2000s. By 2017 the United Kingdom (UK), Germany, China, Denmark and the Netherlands had the largest off shore wind markets, both in the number of wind farms and in total installed capacity according to IRENA, 2018 report. As such, these European countries, and recently China, have the most relevant experience to share with emerging off shore wind markets. Other non-European off shore wind markets – such as Japan and the United States (US) – are also growing but at a slower pace. According to projections from the International Renewable Energy Agency (IRENA), growth in off shore wind energy will accelerate in the coming years, with installed capacity rising from 19.2 GW in 2017 to 521 GW in 2050. 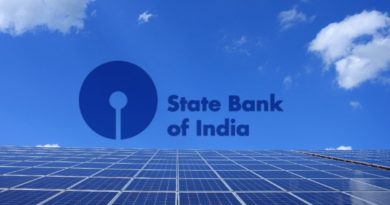 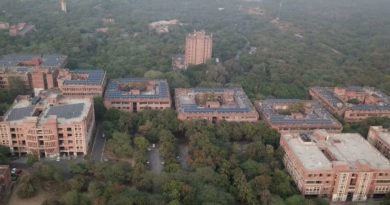 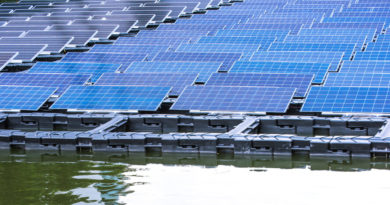