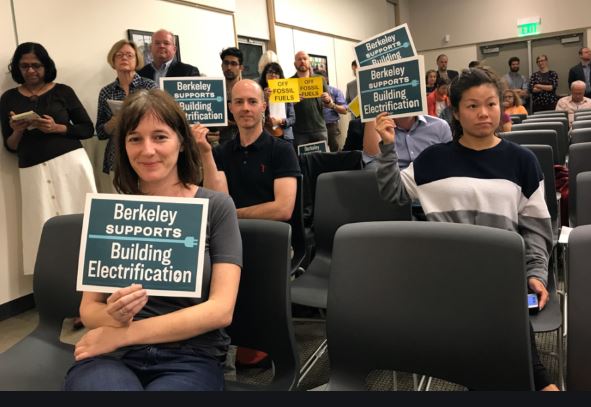 All In for Renewables Pic Courtesy: Berkeleyside.com

From January this year, a slew of new regulations took effect in cities, and even state of California, which make the point that the fight against climate change does not always need national governments to back them.

Earlier this week, the board of Supervisors of the city of San Francisco moved to ban  gas appliances in new and significantly renovated city buildings. It also passed a law to give incentives for all-electric construction, ensuring a switch to electrical appliances across all buildings.  Buildings, which use gas for heating, among other things, have been cited as the source of 44 percent of the city’s emissions in 2017. With this move, the city follows the pioneering efforts at Berkeley, which passed similar laws last year.

Interestingly, the move comes even as the much larger California state’s own regulations on new buildings and many other issues affecting the environment take effect.  The list is diverse. These include a ban on cosmetic products that use ingredients tested on animals, from Jan 1 onwards.

Customers can now bring their own containers at restaurants, besides silverware too. Allows vendors and sellers at fairs, festivals and markets to use recyclable materials , something that was disallowed till now.  Even latex gloves have been banned from use in the food server industry, with servers asked to use other options.

The biggest move? starting Jan 1, 2020, every newly-built home  in the state must now come with enough solar panels to satisfy its electricity needs. It’s a quiet revolution tucked into the building codes approved unanimously by the California Energy Commission (CEC) in 2018. Solar panels are installed on just 20% of new homes in the state. That figure will rise to 100% for every home under four stories tall now, with few exceptions. Almost 74,000 new installs are expected as a result this year.  Expect a lot more innovation and options at the solar expos starting this year in North America, as other states take their cues.

The new solar equipped hoes are also expected to spark off a market for ‘upgrading’ existing homes in the state, lending more energy to the move. With this one move, California may have done for the solar industry, what Germany did for years, as it sent a bottomless amount of money into renewable energy to create a market for viable products. Something that it could benefit from only partly, as the Chinese grabbed the market at its tipping point.  While costs are expected to go up due to solar, the authorities are confident that it will be offset in electricity savings. Also, builders are already planning to offset payments over 25 year leases to reduce the impact further.

All this, even as another state, New York along with Connecticut have filed a lawsuit against the U.S. Environmental Protection Agency, claiming the federal government has been “ignoring [a] Clean Air Act requirement to curb smog pollution from upwind states.

For cities in India, some of which like Mumbai and Delhi have massive local government agencies in place, there is a lesson in these moves. That much can be achieved by regulations at the local level too. Which is possibly one reason why the Delhi state government has promised to cut pollution by a third, and clean the Yamuna river , irrespective of the central schemes already at work. Here’s hoping at least a few key states muster the courage and vision to move on rooftop solar too.

Also, for India, which is still treating gas as a much cleaner option to other fuels, the moves are a reminder that at some stage in the future, global pressure might come back to haunt our massive investments being made in gas infrastucture, if the worst of the climate change predictions bear out. 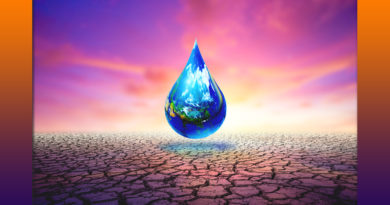 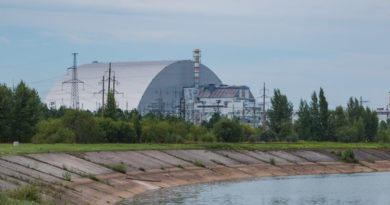