The two plants are being developed at Sagardighi and Muktmanipur with generating capacities of 5 MW and 100 MW. International Coils Limited won the rights to the first 5MW set up.

The state government of West Bengal is in the process of commissioning two floating solar power plants by 2019, according to the state’s minister for power and non-renewable energy, Sobhandev Chatterjee.

The two plants are being developed at Sagardighi and Muktmanipur with generating capacities of 5 MW and 100 MW. Speaking on the sidelines of the seminar organized by the MCCI and WBSEB Officers Association on Saturday, Chatterjee suggested that a detailed project report of the two projects has already been prepared.

International Coils Limited, a Gurugram based firm was the L1 winner, quoting a surprisingly low Rs 26.9 crores for the project. Backing them as the technology solutions provider is the French floating solar specialist,  Ciel & Terre, who last month launched an  Indian subsidiary in Bangalore, and a new manufacturing line in Maharashtra. They will deliver the floats to the 5MW floating project in Sagardidhi, West Bengal, while ICL will source the panels, inverters etc on their own.

The project,  being developed on a raw water pond at Sagardighi Thermal Power Project, Murshidabad, West Bengal, was won by ICL following a 10MW tender from West Bengal Power Development Corporation Limited (WBPDCL). The French company said it will also provide technology solutions along with the design and customize the floating structure to take the shape of the reservoir. It will install the anchoring system after studying local wind conditions, water level variation and soil computation.

Chatterjee said that in the last seven years, industrial demand for power had increased 27.22 per cent, and that the government is prepared to meet the demand of heavy industries as and when required. He added, “We are at present surplus in power and exporting to other states”. A legacy of the decades of poor industrial climate in the state, since the past 4 decades.

Commenting on the ATC (accumulated technical and commercial) losses of the state-owned power plants, he said it was 28 per cent at the moment. A number that is unlikely to make for aconducive environment, for both generation or distribution firms, except in urban areas, where high priced power rules. “The chief minister has asked to set the target to 11 per cent,” the minister said. Further he mentioned that talks were on with foreign companies to implement new technology for checking carbon emission and to keep the old coal-based power plants operational for another 25 years. 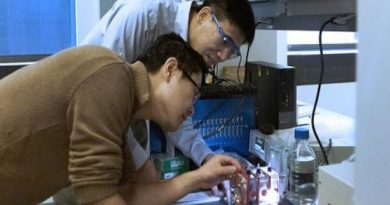