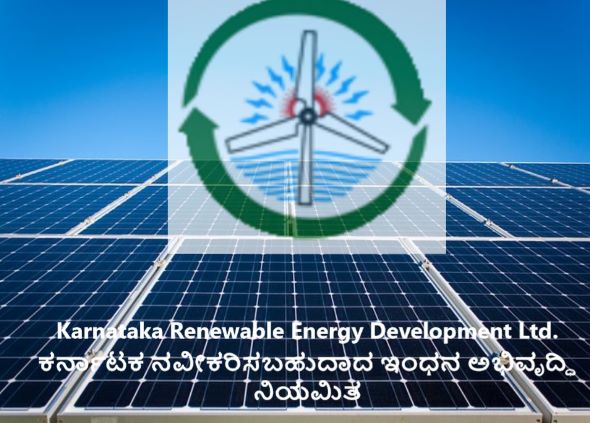 The Karnataka Renewable Energy Development Limited (KREDL) has issued a tender for the allotment of 100 MW of grid connected solar projects in five talukas across the state. The state is curretly the leading state in India in terms of total renewable energy capacity.

The project will be implemented in Mundargi, Gajendragad, Maski, Kuragodu and Gurmatkal talukas under built-own-operate basis(BOO). The minimum capacity set for this tender is 20 MW while the maximum for any given taluka will be 100 MW.

The Bidder can quote for One Quoted Tariff in this Price Bid for all the Project(s) capacities up to a maximum tariff of Rs 2.93/kWh.

Details of dates for the tender are as follows:

According to the amendments to the Karnataka State Solar Policy 2014-21 that stated the increase in the capacity to 6 GW by March 2022. The solar power generation in the state was decided to be limited to 200 MW per taluk with the exception of rooftop solar to avoid grid congestion.

The estimated solar energy potential of the state has been updated from 20 GW to 24.7 GW and the targeted solar capacity has been increased to 6,000 MW by March of 2021 which is 4,000 MW more than the previous target. The change in the target has been made to reflect the new tariff policy and targets fixed for the state by the Ministry of New and Renewable Energy (MNRE).

This week, The National Thermal Power Corporation (NTPC) has invited bids for the development of a wind-solar hybrid power project at the NTPC campus in Kudgi, Karnataka. The tender released is for 130 MW Solar and 60 MW Wind hybrid project to be developed on a turnkey basis.

According to media reports, Karnataka has approximately 5.2 GW large scale solar in operations and around 2 GW of projects are under development.

Clean Energy Investments Drop in First Half of 2019: BNEF