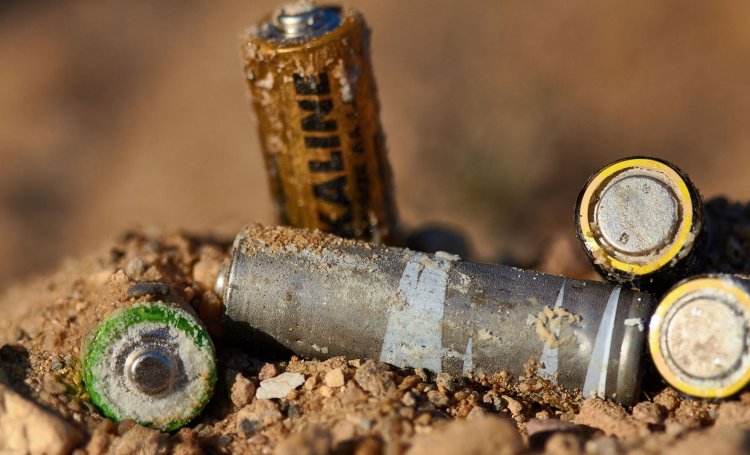 The pencil batteries used in our alarm clocks, torches and toys end up in our garbage after use. But tossing dry cell batteries in our dustbins also poisons the environment

Around 2.7 billion pieces of dry cell batteries are being consumed annually in India and with the ever growing craze for cordless gadgets, there has been a surge in demand for pencil batteries. And with many of the used and discarded batteries ending up in our garbage and landfills, the threat they pose to the environment is telling.

A recent study by Toxics Link, an environmental research and advocacy organization, on batteries titled ‘Dead and buried’ brought focus to this widely used item that has still remained away from any regulatory monitoring. 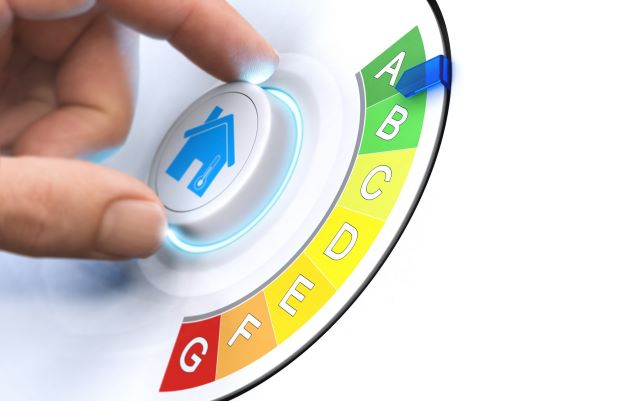 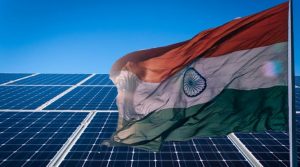 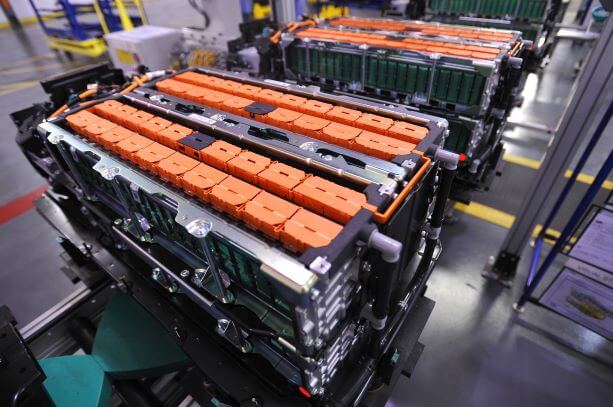 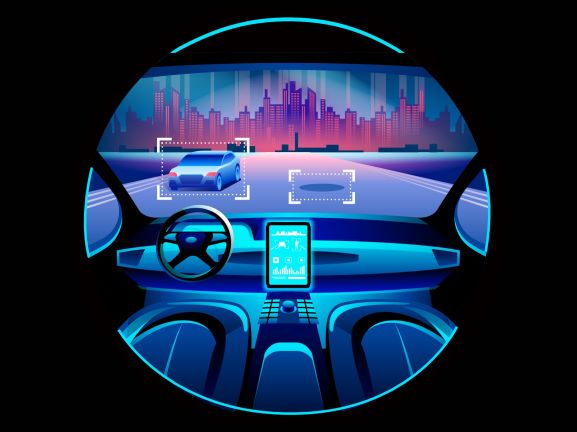 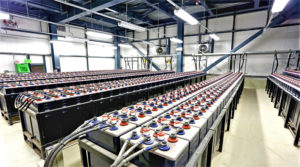 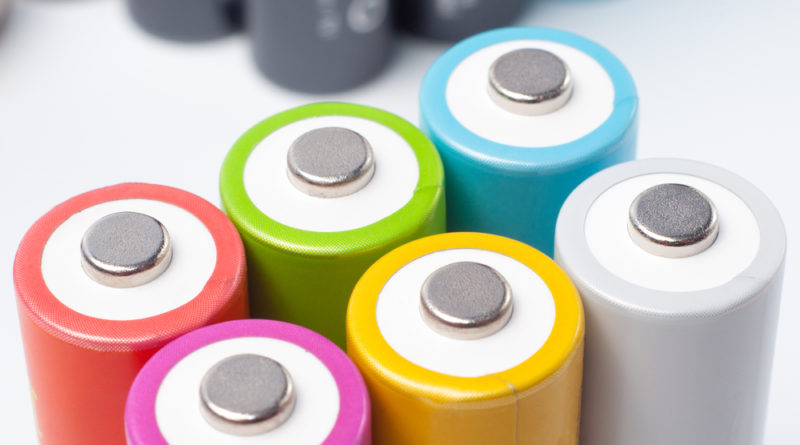 The report found that the Indian market is still dominated by non-rechargeable batteries mainly because they are cheaper and are preferred over the expensive ones. Of the dry cell batteries, zinc-carbon cells account for 97 percent of the market share. These batteries contain a variety of heavy metals and other chemicals like cadmium, nickel, lead, mercury, copper, zinc, manganese or lithium. Most of the “dead” zinc-carbon cells reach landfills and the heavy metals and chemicals in them leach into the surrounding soil, surface and groundwater, thus contaminating the food we eat or the air we breathe, compromising public health.

What was more worrying is that the rural areas accounted for a majority of the volume sales share of the Indian dry cell battery market, according to The Association of Indian Dry Cell Manufacturers (AIDCM). This raises the concern about toxic materials leaching not just in landfills but also in agricultural fields.

“Though batteries like the ones used in mobiles or automobiles or storage for solar energy have longer lifespans, smaller batteries used in flashlights or clocks or remotes have relatively shorter usage life, meaning that they join the waste stream quicker. Recycling of batteries and disposal have been a critical issue globally, but the concern in India is probably greater as here the small battery market is dominated by single-use batteries or primary cells, in comparison to most other countries where rechargeable batteries dominate. In India, huge numbers of used or spent batteries get discarded with household waste as there is little or no monetary value attached to it,” says the report authored by Priti Mahesh and Manjusha Mukherjee.

Speaking to Iamrenew, Priti Mahesh, the lead author of the report said, “there is currently no specific regulation on dry cell batteries. If you look at the battery rules which are there in India, which have been there for more than a decade but it’s only about the lead-acid batteries used in a car or the inverters. Now the dry cell battery does get a bit of mention in municipal solid waste rules which does mention this as domestic hazardous waste but that’s about it. There is nothing about its recycling or what needs to be done after it is segregated.”

She mentions that the municipalities too do not segregate them as there no recycling infrastructure available for it nor does it gets picked up from the rag pickers as there is no- to little value in it.

No Awareness about Dry-Cell recycling

The study also involved primary survey among 400 households in Delhi on the end-of-life household batteries. This helped trace down the entire supply chain process of these end-of-life household batteries excluding lead acid and button cell batteries. The attempt was to understand the collection, recycling and disposal practices in Delhi. It found that at least nine of every 10 Delhiites dump the batteries after use in dustbins along with other household wastes.

The prime aim of the EWM is to put in place a system which manages e-waste in an environment-friendly way by regulating the issue of recycling and disposal of e-waste. E-waste management is a problematic issue in India. With the growing economy and the technological advancement, India is becoming a hub for the IT Sector. This creates a lot of e-waste, disposal of which is necessary. A lot of e-waste also gets illegally imported into India, which worsens the problem. The E-waste Rules apply manufacturer and consumer. It is important to note that there are bulk consumers of electronic products also. There are many big corporate houses, who have fully automated their system and use a lot of electronic devices to meet their purposes. Factories are also considered as bulk customers.

E-waste defined under the Rule 3 (k) means any electronic or electrical equipment which has been rejected after use or have been discarded. The byproducts which are discarded during the manufacturing process also falls under this category. The producer of electronic and electrical goods must obtain permission from State Pollution Control Board under rule 4. E-waste Rules also delineate the responsibilities of collection centers, consumers, bulk consumers, dismantlers, and recyclers.

The Batteries (Management and Handling) Rules, 2001

The Batteries Rules were notified to set up a mechanism in place which dealt with the disposal of lead acid batteries. The Rules apply to every manufacturer, recycler, dealer, importer, assembler, bulk consumer (like organizations and department purchasing more than 100 batteries) and consumers. Rule 10 makes it compulsory for every consumer to deposit the used batteries back with the dealer, manufacturer, recycler or labeled collection centers. Bulk consumers are also required to file half-yearly returns with the State Pollution Control Board, about the usage. Under Rule 6, if a recycler wants to import used batteries in India, for the purpose of recycling, he must first obtain Custom clearance. Additionally, import of batteries will be allowed only upon producing valid registration with Reserve Bank of India and MoEF and providing an undertaking in prescribed format along with a copy of the latest half-yearly return.

The report points out the lack of scientifically designed landfills in the country also adds to the concern of leaching of toxic materials from spent batteries. Apart from the toxicity issue, the used or spent single-use batteries are also an issue of concern as they contain many non-renewable resources and landfilling them would mean losing out on those resources. This could have gone a long way in the accounting of reducing environmental impacts and resource recovery.

Informal recycling, which was primarily handling this waste until a few years back, has also hit roadblocks, which means that the waste is currently completely relegated to landfills. The already brimming landfills in cities are now being further burdened by these batteries. This improper disposal unnecessarily squanders resources and energy, represents a missed opportunity for recycling jobs and can result in groundwater and air contamination. Also, though the study did not investigate this aspect, there might be huge concerns about low-quality batteries being dumped in the country.

The report suggests that through recycling of discarded zinc-carbon cells, efficient recovery can extract 15025.42 tonnes of zinc, 15258.07 tonnes of manganese and 10848.50 tonnes of steel along with 2.4 billion graphite rods from dry used cell batteries per year in India. Efforts have to be made to support recycling through government subsidies, product stewardship and disposal costs.

Priti during the conversation also added that the “solution lies in people buying rechargeable batteries which last longer and does not end up in landfills, like the developed countries that have moved towards rechargeable batteries ” though she quickly added that India being a cost-sensitive market and the rechargeable batteries cost quite a bit so the normal consumer will not be buying them. As a long-term solution, she again said the “adding infrastructure to recycle and takeback by the manufacturers” so that they can recover those materials and use it back in the productions.

The study findings clearly say that household battery waste management is a concern which needs to be looked at. Through battery extended producer responsibility (EPR) program, manufacturers can provide consumers with a convenient way to responsibly manage discarded batteries. With producer funding, EPR can offer an effective, sustainable financing system that increases the collection and recycling of leftover batteries, reduces government and overall costs of battery management and lessens environmental impact.


"An idea for a water related science project? Participate in the Stockholm Junior Water Prize-India, and it could open up the world for your ideas!" Visit to sjwprize.com
Tags: Battery Recycling | Dead and Buried Report | Dry cell battery | Toxic Links | Toxicity | Waste Management 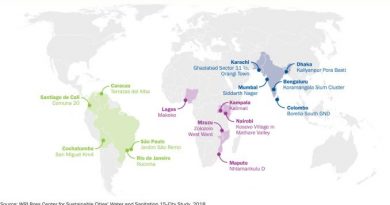 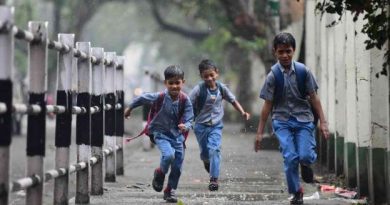