First, Gaia will use a range of 10-20 MW-scale H2Pro electrolyzer technology for a demo project in Morocco. H2Pro said that green hydrogen has become widely accepted both as a key tool for decarbonizing hard to abate sectors.

As countries around the world rally for Green Hydrogen and vouch for its role in a sustainable economy, the ongoing COP27 has become a platform for them to advance Hydrogen. Consequently, leaders from around the world have signed pacts with each other to facilitate its production.

In one such major announcement, Israeli company H2Pro and Moroccan renewable energy developer Gaia Energy have signed a strategic agreement on the sidelines of COP27 under which Gaia will use a range of 10-20 MW-scale H2Pro electrolyzer technology for a demo project in Morocco, while exploring in parallel the use of H2Pro technology in a Gigawatt-scale system currently being developed by Gaia within Morocco.

H2Pro held that the announcement comes amid the most high-profile climate action gathering of UNFCCC. Green hydrogen has become widely accepted both as a key tool for decarbonizing hard to abate sectors and as a clean molecule for storage and transport of renewable energy, mentioned H2Pro.

“Morocco, and the MENA region at large, are poised to lead the world in the clean energy transition by making use of our abundance of renewable resources and becoming a green hydrogen hub. By combining the power of Gaia’s renewable energy assets with H2Pro  efficient and cost-effective green hydrogen production technology, we bring Morocco and our region one step closer to this vision,” said Moundir Zniber, CEO of Gaia Energy.

H2Pro, which was chosen to exhibit in Israel’s first ever pavilion at a UN climate conference, came to COP27 as a champion of regional cooperation and with aspirations for the MENA region.

Talmon Marco, CEO of H2Pro, said, ” We chose COP27 as the platform for launching H2Pro and Gaia’s partnership because this moment is not merely an achievement of two private companies, but rather a milestone in Moroccan-Israeli relations. It demonstrates the triumph of regional cooperation over climate change and is a clear indicator of the key role innovation plays in diplomacy.”

Minister Tamar Zandberg spoke about the importance of the government supporting the private sector when it comes to climate action. “No country, and no sector, and no one can do it alone. We are all gathered in this cause, and if we can use it for the sake of our children, we will be blessed,” she said.

Other Significant Pacts on Hydrogen

‘Hydrogen Transition Summit’, held at the sidelines of COP27, saw various countries give impetus to hydrogen. To begin with, the EU has entered into agreements with Namibia and Egypt on hydrogen. Formerly, the Union had also signed an agreement with Kazakhstan about renewable hydrogen in Asian country. International Renewable Energy Agency (IRENA) and United Nations Industrial Development Organization (UNIDO) also signed a pact aimed at augmenting green hydrogen. 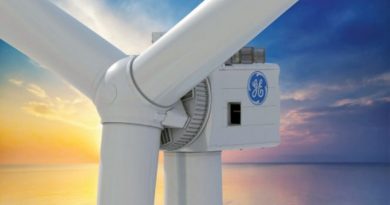