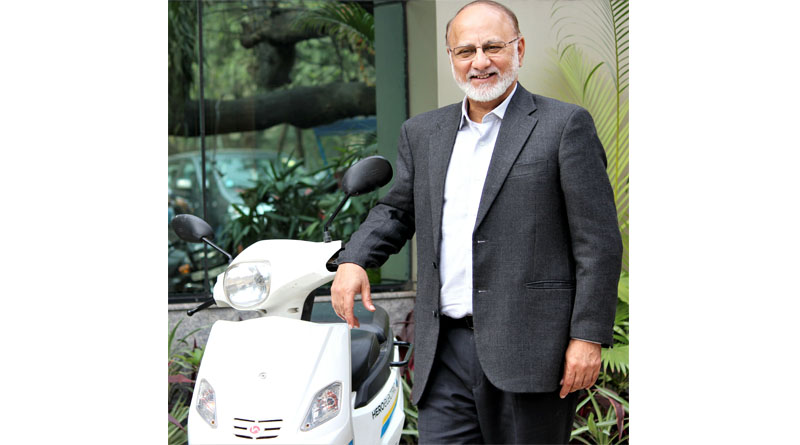 Like other prominent developed and emerging economies, the buzz on e-mobility in India is also touching dizzying heights  with each passing month. But given the infrastructural shortcomings and very little action visible to fix them, the moot point is: are we doing our basics right? Sohinder Gill, Director, Society of Manufacturers of Electric Vehicles (SMEV) and CEO (Global Business), Hero Electric  points at some basic flaws in the country’s preliminary strategy and approach to adopt e-mobility in a conversation with Ritwik Sinha.Edited excerpts…

We all know the broader direction which mobility business is taking in the larger world today. There are pockets where we can certainly notice distinctive momentum building. As far as India is concerned, where are we positioned today? Have we started taking those preliminary necessary steps and are we doing them right? I am asking this because there are serious question marks on our ability to create the required infrastructure to make e-mobility really work for us.

As far as electric vehicles are concerned, the government had taken a very good decision when it had announced Faster Adoption and Manufacturing of Hybrid and Electric Vehicles in India (FAME scheme). It certainly led to a situation where we noticed the stakeholders coming together. Some of them driven with optimism of business and others guided by the consideration that they should not be left behind.  The entire thing was moving in one direction. And the government had spelt out targets for the near run, medium and long term. So everybody in the industry- petrol, diesel vehicle manufacturers – had this realization that they have to jump on the board. But then somewhere down the line, the government felt the required momentum was not falling in place. And there was so much lobbying happening around from the world in terms of what India is not doing right. So ultimately as a result of all of this is that the whole process got totally derailed three months back. And its a no-brainer why it happened: we were expecting to slip into the e-mobility era led by passenger cars. Everybody was talking about electric cars when there used to be discussions on electric mobility. But the car manufacturers, who in recent years have been pushing hybrid products,  got nervous with the market expectations. They are three to five years away from it given the current infrastructural constraints. India is a two wheeler and public transport country and so there was no point in expecting cars to unleash a new era of electric mobility.

Yes, that is precisely the situation. And the car industry has quietly told them it is not going to happen so urgently. You need vibrant infrastructure network built around electric cars. So now the government has begun talking about making a mark in e-mobility through two-wheelers, three-wheelers and public transport. FAME 2 is likely to be postponed by six months (it was scheduled to end this March) wherein there would be intense deliberations on these three segments. We will probably get a new policy with the involvement of all concerned ministries – power, road transport, etc.

How much is the current sales volume of electric two-wheelers and what has been the growth pattern in this segment in the recent years?

We are not noticing a visible action on creating the basis infrastructure like charging station. Are you hopeful of any dramatic change in this in the near to medium run?

It can’t happen so fast – just in the next two-three years. Maybe in some pockets, you will notice more public charging stations coming up. Luckily for two-wheelers it is not needed. That is the major strength of new electric two-wheelers. There are four manufacturers who are doing now and others will also follow. They are relying on a portable battery- it is a 7kg battery which can be taken home and charged like a mobile. With that facility and proper positioning of the product, the charging requirement will be met by 10-15 AMP sockets in the basement parking.

Finally, when do you expect an average Indian looking at electric products as an option when he will have to buy a new vehicle given the price differential?

It’s basically the issue of visibility, nothing else. Average Indian buyer of anything is value for money conscious consumer. He is not an early adopter. He looks at the trends in terms of the success of the product and his decisions are primarily referral based. So in electric mobility business, the inflection point will not come till we, at least, reach to 2 million kind of sales trajectory.