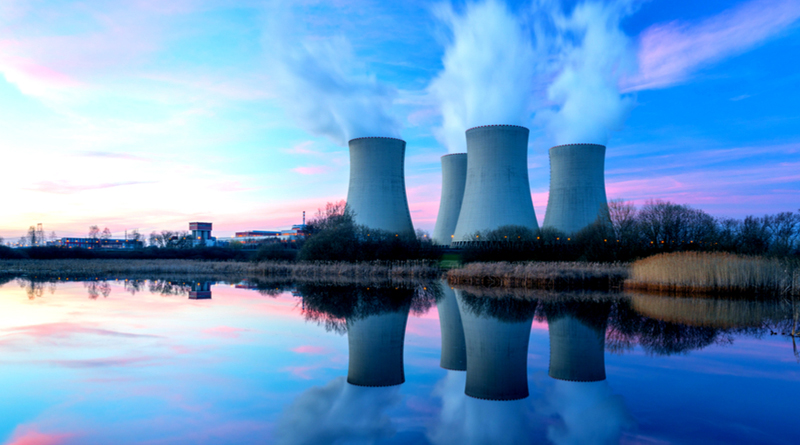 Pink Hydrogen, or Hydrogen made using nuclear energy, is not as far fetched as it sounds. Until the Fukushima disaster in 2011, nuclear was looking destined to play a crucial role in delivering carbon free energy. Now, with the equivalent of a Fukushima disaster practically every quarter due to climate change, the world is quickly changing its aversion to nuclear energy, yet again. That means, Pink Hydrogen is a real possibility.

The urgency to fight climate change and geopolitical pressure on energy prices is shaping the energy future of the economies worldwide. In this changing global energy scenario, Pink Hydrogen is ought to play a significant role.

Hydrogen has since long been considered one of the most promising fuels for carbon-free utilization of energy. The production of hydrogen involves the use of electricity, which today mostly finds its genesis in fossil-fuel sources of energy. Most hydrogen today is made by steam reforming of natural gas or coal gasification, both with carbon dioxide (CO2) emissions, while the future demand will be mainly for zero-carbon hydrogen. The solution is to carry out electrolysis using electricity from intermittent renewable sources. Using heat from nuclear energy is one such option. Nuclear power plants can produce hydrogen at lower costs, higher volumes, and closer to end-users (industrial customers) than newer projects based on renewable energy.

On the other hand, the prospect of developing hydrogen more efficiently and in greater volumes than renewable energy and then selling the supply to existing industrial customers for an additional revenue stream will help in nuclear revival.

Hydrogen as a Fuel

Why is so much emphasis given to hydrogen? While it is the most abundant element in the universe, Hydrogen is not found in free form (H2) on earth, anyway. It needs to be liberated from molecules such as water or methane. It is not an energy source and needs the energy to make it an energy source.

Hydrogen has some potential to replace oil as a transport fuel and in other applications, though portable storage at a vehicle scale remains a challenge. Electricity and hydrogen are convertible one to the other as energy carriers. However, the overall efficiency of electricity-hydrogen-fuel cell-electricity is no more than 40 per cent. In future, some hydrogen produced for fuel may be converted into ammonia as well.

With new uses for hydrogen as a fuel, the primary energy demand for its production may exceed that for electricity production. For instance, Transport is expected to constitute the largest demand for hydrogen in both the EU and South Korea by 2050, reflecting the conversion of the heavy vehicle and large passenger car fleet from diesel to hydrogen fuel cell electric vehicles (FCEVs). Heating for buildings is expected to be the next largest demand, replacing natural gas. Railways can replace diesel fuel with hydrogen.

Processes using heat offer higher efficiencies and lower production costs. Starting with electrolysis, the efficiency of the whole process (primary heat to hydrogen) moves from about 25% with today’s reactors driving electrolysis (33% for reactor x 75% for cell) to 36% with more efficient reactors doing so, to 45% for high-temperature electrolysis of steam, to about 50% or more with direct thermochemical production.

More industrial research is needed to clear out several bottlenecks that may hinder pink hydrogen from blooming. Processes using heat can be limited by materials science as the membranes can be quickly degraded by the high temperatures in HTSE. Similarly, existing nuclear reactors need optimization for high-temperature thermochemical production. Once get rid of this anomaly, it may become a Holy Grail of low-cost hydrogen production.

Just like any other fossil-fuel alternative, the technology still needs attention to overcome some obstructions. Though, that doesn’t rule out its future as a viable alternative source of clean energy as there is a growing interest in some of the major energy-consuming nations in exploiting the benefits of pink hydrogen. Further, the next-generation nuclear technology now in development may help to provide a viable manufacturing pathway or two by as early as the 2030s. Concepts like advanced modular reactors (AMRs) often use new coolants — such as sodium — and technologies to deliver not only electricity but also industrial heat, home heating and power for carbon-free hydrogen production. It’s just the beginning.

In their search for alternative energy sources (carbon-free sources) that can deliver at scale, nuclear is coming back into consideration. This follows a decade of decline after the Fukushima reactor accident in Japan in 2011.

Europe’s biggest nuclear power generator, France, plans to add another 13 new-generation reactors. In the UK, a total of eight large reactors could be built to meet a target of 24GW by 2050. Further, the UK government is also investing in the development of small modular reactors (SMRs) about a third of the size of two large 1.6GW reactors that are currently in progress.

The US has provided millions of dollars for pilot programs exploring HTSE processes, including in Arizona and Minnesota. Furthermore, the Bipartisan Infrastructure Act set aside $8 billion to create four regional clean hydrogen hubs across the United States. While the sites have yet to be finalized, nuclear power may play a central role in these H2Hubs.

In 2020, Russia adopted an energy strategy declaring a goal of the country becoming a world leader in hydrogen production and export by achieving export targets of 0.2 million tons by 2024 and 2 million tons by 2030. The country is among the world’s top producers of nuclear energy with 38 operational nuclear plants. Nuclear plants may well contribute toward the 2020 goal of the country.

China ranks third in the world in terms of installed nuclear power capacity after the U.S. and France. The country plans to expand its nuclear power plants to 70 GW by 2025 from 55 GW produced by 53 nuclear power plants in 2020. The prospects of green hydrogen look more promising as the capacity may grow further until it reaches between 120 GW to 150 GW in 2030. 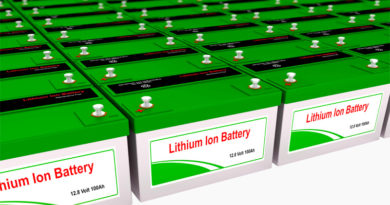 ISRO puts its battery technology on the block