* The greenfield project will be a grain-based zero liquid discharge plant with a capacity of 200 kilo liters per day (KLPD).

Assago Industries, a fast-growing bio-fuel producing company, has announced that it is setting up an Ethanol producing plant at APIIC Industrial Park, Gummalladoddi (East Godavari). The greenfield project will be a grain-based zero liquid discharge plant with a capacity of 200 kilo liters per day (KLPD).

To be built with an investment of ₹ 270 Crores, the project will be generating employment for over 100 direct and 400 indirect employment with support from the AP Government’s Industries Department, APIIC, and district officials. The firm informs that the Chief Minister of Andhra Pradesh YS Jagan Mohan Reddy will participate in the ceremony on November 4 at the project site.

Spread across 20 acres, the new plant will be equipped with state-of-the-art machinery. Assago Industries will be producing bioethanol through residual broken rice and grains procured locally from the State of Andhra Pradesh. The project, the Assago Industries informs, is aligned with Prime Minister Narendra Modi’s vision for India to reduce oil imports and achieve self-sufficiency with green fuel. Ethanol is considered as one of the green fuels that can be used as an alternative fuel solution for petrol. It not only reduces the tailpipe emission level of pollutants, but brings about flexibility at the same time. Various countries around the world are embracing the use of Ethanol in vehicles with several automakers manufacturing their vehicles with flex-fuel engines. This is apart from the economical value of bioethanol and lesser harm to the environment emanating thereof. This, in turn, has compelled the world Governments to rethink their energy supply policies. Back home in India, great potential for bioethanol has been found as a true alternative fossil fuel and as renewable energy.

Ashish Gurnani, Managing Director of Assago Industries, spoke about the announcement, “It’s a proven fact that Ethanol is going to be one the most preferred fuel alternatives. We are pleased to play a role in making Andhra Pradesh a leader in Green Renewable Fuel with our investment and position the state as an alternative energy hub in the future. The project shall also indirectly benefit hundreds of farmers and the local community at large as surplus, residual, and spoilt food grains are used as feedstock.” He further added, “Given that India is primarily an agricultural country and Andhra Pradesh is a state where agriculture is the backbone of the rural economy supporting the farmer community, there are always tonnes of leftover matter from the harvests. These residues can be leveraged into motor fuel Ethanol creating additional revenues for farmers. Today with infrastructure and technological advancements that we are equipped with, it’s time to apply the same to accelerate the production of BioEthanol as a reliable fuel source. Andhra Pradesh is working towards accelerating utilizing BioEthanol as a fuel.”

He also shed further light on the employment of Ethanol, “It is estimated that 1 Crore Litre of Ethanol blended Petrol can save around 20,000 tons of CO2 emission. Thereby in the last 7 years, apart from lowering CO2 Emissions by 192 Lac tons, around Rs. 26,509 Crores Cumulative Foreign Exchange Saving has been achieved by India due to the usage of Ethanol. We aim to further grow this impact manifold starting production in 2024 from this new plant.”

Notably, rice, peanuts, corn, sugarcane, and sorghum are the main crops grown in Andhra Pradesh and of all these crops, rice residues take the top slot for bioethanol production. In 2021, the Centre had allocated about three lakh tonnes of rice procured by the Food Corporation of India for ethanol production. It has been estimated that a national target of 20% ethanol-blended fuel will help reduce dependence on crude oil imports by 2025. Currently, ethanol blending in fuel stands at 8.04% in 2020-21.

India looks to achieve the national target of 20% ethanol-blended fuel by year 2025. 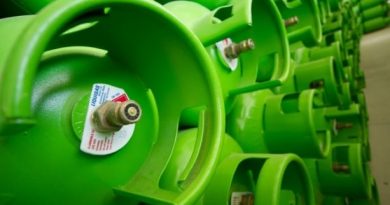 UK Plans To Transition to Bio-Based LPG by 2040 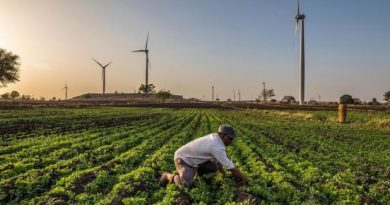