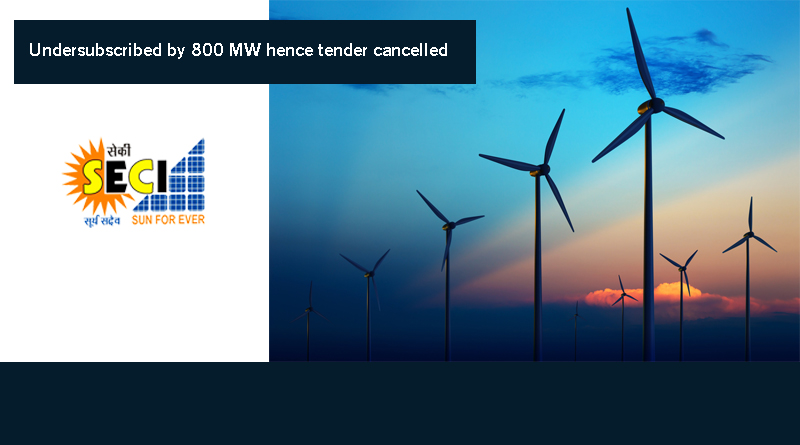 The Solar Energy Corporation of India has yet again had to cancel a tender. The 2,000 MW Tranche-V wind power tender, issued back in May this year had to be cancelled after it was undersubscribed by 800 MW on closing in July, owing to a lack of sufficient transmission infrastructure.  This was a development that was widely anticipated when we had spoken to the winners and other industry players.

When the bidding on the tender concluded last month, the lowest bid stood at Rs.2.51/Kwh. A total of only 1200MW worth of bids were received against the 2GW tender, with companies like ReNew Power, Adani Green, Spring Energy, and Alfanar each submitting bids for 300 MW. The company believes the shortage of connectivity across the country to have taken its toll on the tender.

As always, SECI has not commented officially on the issue, but sources close to the company have hinted that the tender was cancelled due to the lack of interest and response it received. However, renewable energy developers have, for long been complaining about lack of power evacuation infrastructure at their disposal. States like Tamil Nadu and Gujarat, which account for a bulk of the nation’s renewable developments, still suffer from transmission constraints and completed projects often can’t gain access to the transmission network. The tender due to these reasons did not reach the price bid stage, as tariffs would have been uncompetitive and on the higher side.

When tenders aren’t fully subscribed, developers can quote whatever tariff they want and there is no competition. Eventually forcing the hand of the authority to get the tender cancelled. Hence, to avoid those circumstances the tender was cancelled before it reached the price bid stage.

Senior officials at SECI have been quoted as saying that the Tranche VI worth 2,500 MW capacity will go ahead as planned, and all previous transmission issues have taken care of after multiple meetings with the Power Grid Corporation of India Limited (PGCIL).

Industry experts said constraints on transmission capacity are proving to be the key risk across all renewable technologies. “In case of wind power, given its local manufacturing ecosystem, a steady order flow is needed,” said Kameswara Rao, leader—energy and utilities at PwC India. “As we saw last year, tariffs went down when bids were few, and now due to a bunching of bids, tariffs have risen,” he said.
“The government has to set a formal timetable and procuring agencies will need to coordinate better to ensure a proper balance is achieved,” Rao said while speaking to the media.

At IamRenew, we had pointed out our view, after a discussion with officials at SECI that the sole focus of the SECI is on lowering tariffs, nothing else. To that extent, this move is not a huge surprise and similar to the recent cancellation of allotments worth 2,400 MW. 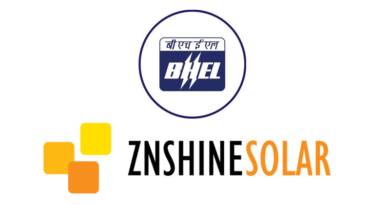 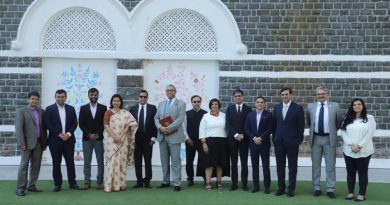