A recent report by Go Fossil Free group shows that 1,000 companies have committed to divest from Fossil Fuels. Ditching fossil fuels from one’s portfolio has moved swiftly from a ‘radical’, ethical stance taken by a handful of smaller institutions purely on moral grounds to a mainstream consideration for some of the world’s largest investors.

In a powerful signal at a time of a pushback from fossil fuel apologists, a coalition of environmental groups who monitor divestment from fossil fuel industries all across the globe, in their most recent report has revealed that 1000 companies have pulled their money out of fossil fuels. Together these groups manage nearly $8 trillion worth of funds.

After the much hyped #COP24 talks which ended with a rule book on the Paris Agreement, Fossil free Movement Report will have to be a silver lining  on an otherwise disappointing meet.

“While diplomats at the UN climate talks are having a hard time making progress, our movement has changed how society perceives the role of fossil fuel corporations and is actively keeping fossil fuels in the ground,” May Boeve, the executive director of 350.org who is involved in the divestment campaign, said in a statement.

There are few levers of power that can shut down fossil fuel companies and one of the biggest is staving off their money supply, and the recent trend is starting to do just the same. Divesting from fossil fuels follows what apartheid campaign did in South Africa.

Committed Institutions are as diverse as the British Medical Association, Caisse des Dépôts et Consignations (the French public financial institution), New York City, Capetown, the World Council of Churches, the Rockefeller Brothers Fund, Stockholm University, Tate Britain museums and Allianz Insurance all turn their backs on the fossil fuel industry, the signals are starting to get through loud and clear to a wide-cross section of society.

The campaign which started in 2012, has grown leaps and bounds from 181 institutions, managing $ 50 million dollars to 1000 with $8 trillion worth; however, we want to emphasize that more…much more is needed to reach 1.5C.

To add to its climate change arsenal, a recent Goldman Sachs report which clearly puts divestment as a reason for coal’s steep decline and has warned rather ominously that Big Oil will suffer the same fate if it doesn’t get its act together.

“The push for de-carbonization is impacting long-term oil & gas investment: banks are reducing financing for new hydrocarbon projects; Big Oil firms are committing to lower carbon intensity, implying a shift away from oil production and refining.” the report states clearly.

Major states and cities like California, London, and New York have been making headlines for divestment or simply opting out of fossil fuel industries despite Trump’s contrarian view. The Irish on other hand has beaten all of us, and have announced to divest completely from fossil fuel in a matter of five years. The Irish parliament passed a bill that plans to sell off fossil fuel investments in its $ 9.3 billion national investment fund.

Banks throughout Europe have taken steps to break financial ties with specific fossil fuel companies. New York has pledged to keep their public money out of the pockets of our oil and gas overlords. We think, though it is a small step, the groups and companies can do much more if they involve green initiatives and practices in their mandatory policies. People, if encouraged, can transform and make divestment on a personal level like not buying products from fossil fuel subsidiaries (Gandhian theory of Boycott Movement) or can start a fad which will put pressure on every involved party to reconsider putting money in such firms and at the same time encourage environmentally friendly alternatives to thrive. 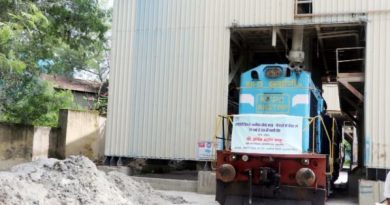 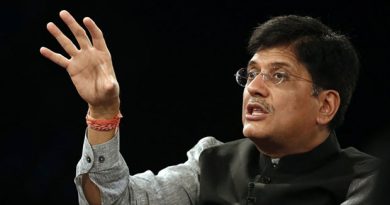