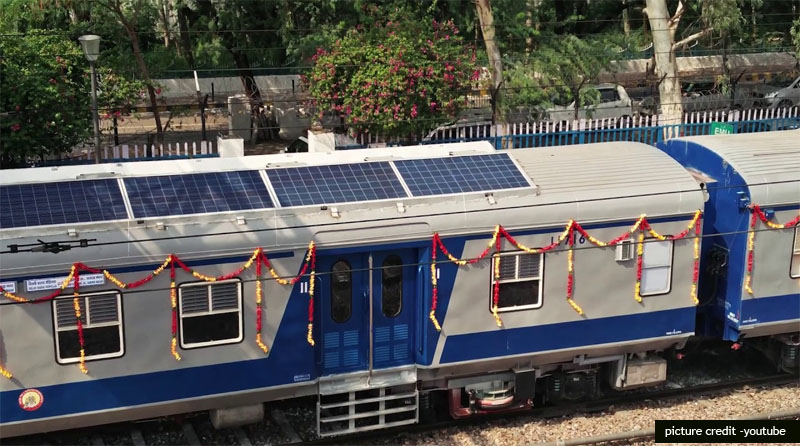 Power from the brakes also

The year 2017 was huge for the renewable market, with increasing investments by countries and companies all around world in a joint effort to convert alternative energy to mainstream energy. As per Bloomberg New Energy Finance the world’s clean energy investment totaled to $333.5 billion dollars in 2017, a 3% raise from the 2016 figure of $324.6 billion. This has raised the total cumulative investments in renewables from 2010 to $2.5 trillion. A report by KPMG predicted that by the year 2040 only 36% of the world energy would be produced by fossil fuels. Keeping this trend in mind, we bring you five green projects from our country and around the world to look out for and which are set to make a difference and blaze a trail for others to follow: Keeping in line with India’s National Solar Mission to generate 100GW from solar, India set up the worlds largest solar park in Kurnool, Andhra Pradesh. The 1000MW mega solar park (a solar site generating more than 500 MW), which was completely operational in May 2017, is said to have produced over 800 million units of energy by October 2017 and save over 700,000 tons of CO2. The Andhra Pradesh Solar Corporation, Solar Corporation of India, Andhra Pradesh Generation Corporation and New & Renewable Energy Development Corporation set up the site in a joint venture. Spread over 5,812 acres, the site is equipped with 40,000 solar panels of 315 watts each.

India launched its first solar powered train in New Delhi on 4 July 2017 called Diesel Electric Multiple Unit (DEMU). The Indian Railway network is the largest in the world catering to approximately 13 million passengers everyday and spending approximately $2.5 billion on diesel. The new 16,000 horse powered train consisting of 6 coaches, is fitted with 16 solar panels on each coach. The solar panels are said to last up to 25 years. The 7,200 KW produced by the panels on the roof of the coaches are meant to power its internal lights, fans and electrical systems on board. The Indian Railways Organisation of Alternative Fuel (IROAF) have also fitted the train with a smart inverter along with a battery bank in order to optimise the trains power generation and make sure it carters to a full load even during the night. The train is estimated to reduce the CO2 generation by 9 tones per coach per year. The DEMU is said to save 12,000 liters of fuel per year, which is almost 12 lakhs per year and is estimated to save the Indian Government approximately $6.31 billion in the next 10 years. With the IROAF hoping to introduce more eco-friendly measures like bio-toilets and water recycling, this green project is sure to make a major impact on India’s overall carbon emission reduction if/when it goes mainstream.

China invested an approximate amount of $86.5 billion in solar projects in the year 2017. Committed to its green energy revolution China is currently the world’s leading investor in green technology. In 2017 China took over from UK the mantle of housing the worlds largest floating solar farm. In an almost ironical statement made by China to the world, the floating farm is built on top of a flooded coal mine situated in Huainan. Even though a floating solar farm is more costly to set up than a regular farm, as it needs to take into account of the salt and humidity of the water; it is 10% more efficient than a terrestrial solar farm due to the lower temperatures it is exposed to as result of it being in water. The $45 million solar farm produces 40MW and consists of 120,000 solar panels. It is estimated to power almost 15,000 homes.

Wave Energy Technology of Japan completed their demonstration of a floating wave prototype in mid-may last year. The prototype of 1.4m was tested approximately 3 Km from the shores at the Port of Kobe. The company confirmed electricity generation and is all set to produce commercial units of 14m having a capacity of 1.2MW. The technology uses the vertical movement of the waves to produce energy and is of a floating mechanism; thereby making sure it doesn’t damage the ocean/sea bed (the thrusters installed in it, prevent it from floating away). With plans to go commercial this is one project to keep a look out for in the energy game.

Last year in November Tesla’s boss Elon Musk made good on his promise to the people of Adelaide, Australia by setting up and switching on his 100MW battery in less than a hundred days. The battery, said to be the worlds largest lithium-ion battery is said to have a capacity of powering around 30,000 houses in an event of a blackout. The battery system provides 129-megawatt hours of energy, reduces the intermittency issues and manages increased demand of energy during peak summer season.In fact, the battery was called on for emergency support within two weeks of commissioning, as a coal plant tripped, and the battery stepped in, providing a 7MW bolt of electricity to the grid to prevent it from tripping.  Thus, the Hornsdale Power Reserve System as the battery is called, has certainly shown a glimpse of future possibilities. 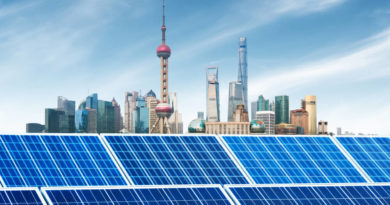 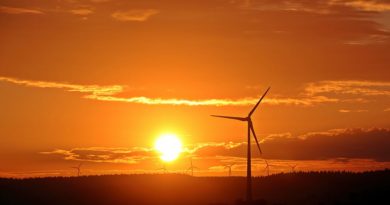 Tamil Nadu: The greenest Indian state in 2017/18 for Energy