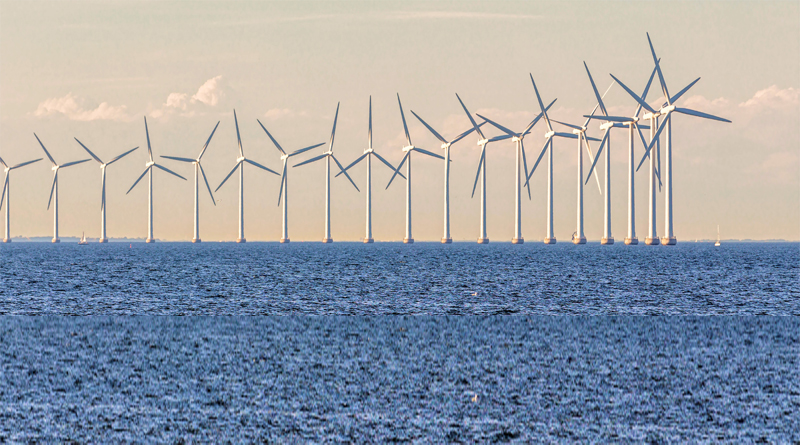 A total of 35 developers comprising of both national, as well as international corporations, have shown an interest in the country’s first offshore wind energy project which is being planned off the coast of Pipavav Port, Gujarat.

The project is estimated to have a capacity of 1000MW and the process for inviting RFPs (Request for Proposal) is said to take place next month.

Principal Secretary of the Gujarat Energy Petrochemicals Department, Raj Gopal, informed leading newspapers that the project is being developed by the Central Ministry of New and Renewable Energy (MNRE) in conjunction with the Gujarat Government.

“On land, we can’t put wind turbines larger than 2 MW capacity, mainly because the parts become huge as the capacity increase and it is not possible to transport them by road. That is the reason why all the high capacity windmills are installed offshore, as sea route allows easy transportation of such huge machines,” he said.

The government first showed interest in developing offshore project earlier this year by announcing its plan to set up 5GW of offshore wind projects by 2022, commencing with the 1000MW project in Gujarat. The following is done to leverage India’s scale to bring down offshore energy tariffs by harnessing the enormous wind power potential along its 7,600km coastline.

“Both solar and wind projects are land intensive. Our idea is to give government land on lease to the developers at a reasonable rate. This will significantly bring down the investment cost for private players, as they have to just give rent,” said Gopal.

His statement is in conjunction with the statement released by the centre a few months ago regarding the development of the offshore project, which stated, ““At the global level, it has been observed that offshore wind energy while being better than onshore wind in terms of efficiency is also becoming competitive and comparable in terms of tariffs. With a large energy market in India, the EoI is expected to evince keen interest from leading players of offshore wind turbine manufacturers and developers. Indian industry can also participate along with suitable tie-up with global players”.

As per the officials, the reason for choosing Gujarat is because the state has the potential to generate 106GW of offshore wind energy.