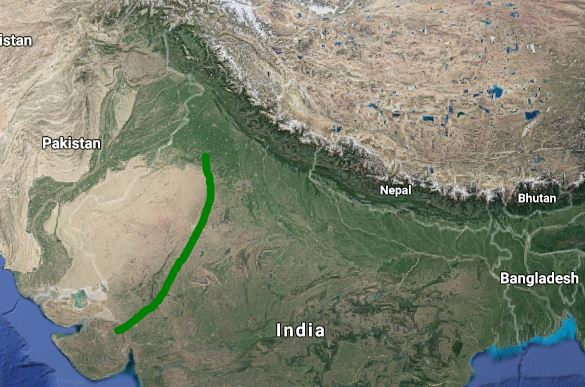 An Idea Worth Building

Although only at an idea stage, the thought of a green wall of India to arrest the gradual desertification of its North West is definitely an idea worth considering for it could have wide-ranging impact. Also, a good time to refresh our memory about the 'Great Hedge of (Undivided) India' that the British made all the way back in the nineteenth century.

It is no secret that awareness of the damage to the environment, and the need to redress that, has finally turned the corner. You are far more likely today to find people with an appreciation of the role of trees and other natural ecosystems than say a decade back.

Unfortunately, this awareness is being earned the hard way through errant weather, rising temperatures, problems with the quality, access to water, and of course, the visible deterioration in air quality. Delhi, which has put a lot of these issues in the spotlight thanks to its world-leading pollution levels, counts dust, or more precisely dust blown in by winds from the Thar desert in Rajasthan, as a major factor in its air pollution.

It is only fitting thus that the Modi government when it has finally thrown up an idea for solving this problem, has thrown up an idea that is breathtakingly big and seemingly simple in its approach. Like the Swachh Bharat campaign or the power for all campaign, one can only wish godspeed to this idea that can potentially have a national impact too.

The story that has been shared is about a 1,400 km-long and 5 km-wide green corridor running from Panipat in Haryana to Porbandar in Gujarat. The closest real-life comparison could be with the plans for the Great Green Wall of Africa that was anticipated to run from Djibouti in the continent’s east to Senegal in its west.

Like the proposed Indian wall, the African green wall was also planned as a green front against climate change, desertification and other forms of land degradation. As luck would have it, the African wall has made limited progress, mainly due to the logistics of the coordination between the countries involved.

India of course, should have none of those problems, although the challenges are equally huge.

The Indian Green Wall thus could compensate and add to the massive depredations the Aravalli Mountain ranges have suffered,  in both the states of Haryana and Rajasthan, be it due to illegal mining, urbanisation, or worse. The Aravalli’s, among the world’s oldest mountain ranges, are vital to the health of the capital and beyond thanks to the key role they play in preventing open access to the winds from Thar. Thus, their hacking has only speeded up the process of desertification.

For people looking back for suitable examples surprisingly, there is one very close to home in the form of the ‘Great Hedge of India’ devised by the British for the predictable purpose of making more money. Or more precisely, to protect their customs earnings and prevent smuggling within the country.

An idea ascribed to Allan Octavian Hume, who was the Commissioner of Inland Customs from 1867–70.  Hume’s role involved managing a line called the Inland Customs Line that ran from the Himalayas to Orissa, near the Bay of Bengal. The line used a combination of walled fortifications, natural barriers and in some places, thorny bushes to provide a barrier that would drive people to  pass through customs posts set up by the British. It was to cut down the cost of building and maintaining this line that Hume set about exploring the use of impenetrable hedges instead of walls.

Thus, the main body of the hedge was made of  Indian plum, babool, karonda and the prickly pear as nothing else could grow,  and even Bamboo where conditions allowed it.

Hume is credited with  transforming the hedge from “a mere line of persistently dwarf seedlings, or of irregularly scattered, disconnected bushes” into a formidable barrier that, by the end of his tenure as commissioner, contained 448.75 miles (722.19 km) of “perfect” hedge and 233.5 miles (375.8 km) of “strong and good”, but not impenetrable hedge.

Hume, of course, went on to be remembered more for his role as one of the founders of the Indian National Congress, another case of the political dominating the environmental, a situation where many argue, its time for the wheel to come full circle now. 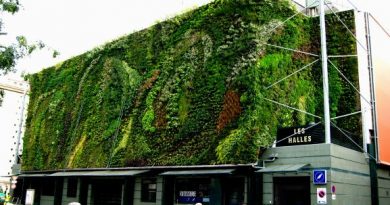 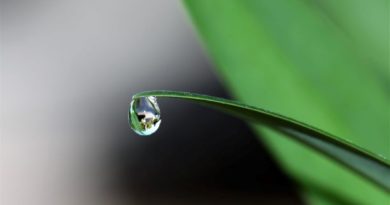