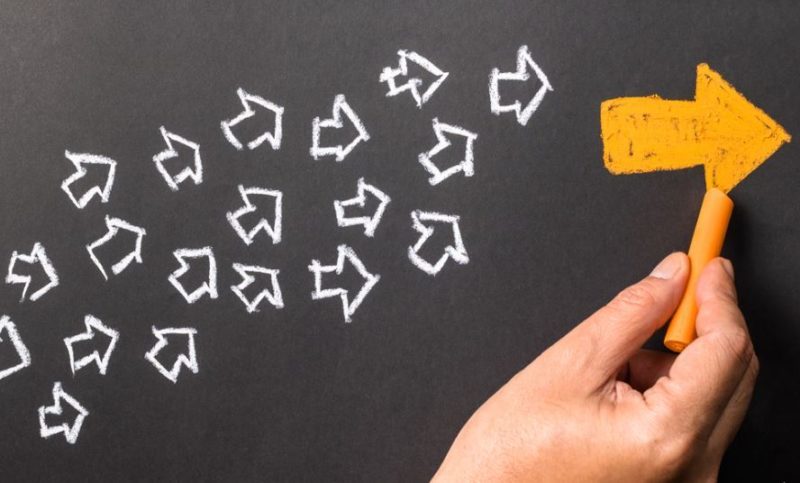 We look at some of the sustainability heroes from 2018, whose work will continue to make waves and become even more relevant in 2019.

The fifteen-year-old Swedish climate activist has all but shamed 190 countries at the COP24 Katowice meetings that ended on 14 December in Poland. A tiny thunderbolt encouraged 20,000 students from all over the world to demand a better future for children who will be forced to live in a hotter and resource deficit planet. She took the centre stage at the #COP24 meet and delivered a sharp and succinct message: ” We cannot solve a crisis without treating it as a crisis.”

Nityanand or Nitty as he is fondly referred to is an engineer-turned journalist and activist who was conferred with the Franco-German Prize for Human Rights and the Rule of Law. He has worked tirelessly for Bhopal gas tragedy survivors after he did an article on groundwater contamination in 1995. Nitty has been working to bring attention and interest towards the human rights violation and environmental crisis like the Unilever Kodaikanal Mercury waste, Mettur Industrial pollution, and the Kudankulam Nuclear Power Plant issue or a recent Sterlite plant issue.

As Member of the National Academy of Medicine and Professor of biochemistry at Stanford University, Dr. O. Brown wanted to assess which global problems are the most urgent and which he could help to solve. Concerned by humanity’s land footprint being plagued by animal agriculture, Dr. Brown founded Impossible Foods in 2011. Impossible Foods has an ambitious goal: to reduce humanity’s destructive impact on the global environment, replacing the use of animals as a food production technology and eliminate animals as a food-production technology by 2035. Having raised more than $450 million in funding, the company is ramping up operations at its Oakland facility to produce 500,000 pounds of meat each month to satisfy demand from the 3,000–and rapidly growing–restaurants that now serve Impossible Foods.

Famous as the Waterman of India, Dr. Singh single-handedly fighting the slow bureaucracy, mining lobby and has helped villagers take charge of water management in their semi-arid area as it lies close to the Thar Desert, through the use of johad, rainwater storage tanks, check dams and other time-tested as well as path-breaking techniques. He has brought water back to over 1,000 villages and revived five rivers in Rajasthan, Arvari, Ruparel, Sarsa, Bhagani, and Jahajwali and now has plans to revive Sukhna lake in Chandigarh which has died due to excessive silting.

A formidable leader of the Afro-Colombian community, Francia Márquez organized the women of La Toma and stopped illegal gold mining on their ancestral land. The winner of Goldman Environmental Prize, spearheaded a 10-day, 350-mile march of 80 women to the nation’s capital, prompting the Columbian government to send troops to remove illegal miners who were polluting rivers with cyanide and mercury.

The seed mother of Maharashtra is a 54-year-old woman who is a self-made expert in the subjects of agro-biodiversity, landrace conservation, and several innovative techniques in the cultivation of paddy crops. Rahibai has the distinction of conserving and multiplying 48 indigenous landraces of 17 different crops including paddy, hyacinth bean, millets, pulses, and oilseeds. An advocate for local varieties, Popere offers training to farmers and students on the subjects of selecting seeds, soil fertility improvement, pest management and control and encourages farmers to opt for drought and disease resistant local varieties.

Awarded the UN’s Young Champion of Earth award for her support to female environmental professionals in the green industry across the Middle East and North Africa, through her initiative WEE (Women in Energy & Environment at MENA Region). Which is a forward-looking organization focusing on women in energy and environment in the region. It is dedicated to supporting women in their current roles and building a supportive community for them. WEE seeks to advance the role of women in the MENA region in leading the green industry. Working to enhance the skills of its members by providing them with consistently high-quality services, creative solutions, technical skills, and future opportunities.

An honorary member of the UN Permanent Forum on Indigenous Issues, Carling was awarded the ‘Champion of the Earth’ Lifetime Achievement award in 2018 for her work as one the world’s most prominent defenders of the environment and indigenous rights for well over two decades. She has been defending the land and environmental rights of indigenous people for more than 20 years. An active participant in the UN Framework Convention on Climate Change and REDD+, she has twice served as Secretary-General of the Asia Indigenous Peoples Pact and was Chairperson of the Cordillera People’s Alliance.

Founder of Beyond Meat, which he started to answer his doubts on the destructive impact of animal agriculture on the environment. Driven by the knowledge that the greenhouse gas footprint of animal agriculture rivals that that of every car, truck, bus, ship, airplane, and rocket ship combined. Beyond Meat, Working with top scientists, stripped down the core components of meat and then found ways to extract them from plants instead, using ingredients like peas, beetroot, coconut oil, and potato starch. According to a research study commissioned by the company and conducted by the University of Michigan, a quarter-pound Beyond Burger requires 99 percent less water, 93 percent less land and generates 90 percent fewer greenhouse gas emissions, using 46 percent less energy to produce in the U.S. than its beef equivalent. This equates to the fact that a 41-square-foot plot of land can produce just one beef burger for every 15 Beyond Burgers.

An 18-year-old Dutch student shocked at the amount of plastic in the sea of Greece on a holiday 5 years back, is now finally on the cusp of fulfilling a dream, and one of the most awaited ocean cleanup efforts. His solution to solve the plastic pollution in oceans, which went to field trials in the Pacific in September, is a giant floating pipe supported by anchors that uses the natural current of the oceans to drive the system and collect plastic from the oceans  All the plastic is accumulated by the ocean currents in the oceanic garbage patches and the system will work in these patches using U shape screens that are suspended from the pipe to collect the waste, and every once in a while all the plastic collected is transported by ships to be recycled. Backed by a 30 million dollar funding, the company expects to clean up nearly 50% of the Great Pacific Garbage Patch in less than 5 years, the first of which is 2019. 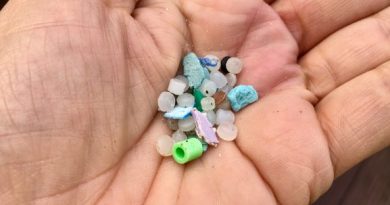 People Could Be Ingesting 5 Gms of Plastic Every Week!