Say No To Thirsty Fields

The FIH, or the International Hockey Federation, has announced plans to shift to a new turf that will require much less water by the 2024 Olympics in Paris.

Sports and sportspersons, by the very nature of the pursuit, which is all about becoming better, seeking excellence, and getting fitter,  all in a spirit of fair play, can always be trusted to do the right thing, more often than not. When it comes to sustainability, sports administrators across the world have usually been open to change, to make their respective sports more sustainable, accessible, and respected by fans and players alike.

The latest to join the list is the FIH, or the International Hockey federation, whose CEO, Thierry Weil just announced a plan to shift to a turf that will consume much less water than the existing turfs being used for all international and relevant hockey matches.  Readers who have actually been to see a hockey match, especially in India, might recall the strange sight of fire brigade engines at some of the stadiums in India, which served a special job of watering the pitch. At an approximate level of about 3 litres per square metre, a typical hockey pitch can easily require 15-20,000 litres of water every day during playing season. In increasingly water  stressed cities and places, that is becoming an uncomfortably high amount. “In the Executive Board meeting, we made an important decision  that from 2024 Paris Olympic games,  we will not play in a turf that requires water anymore because we cannot be seen as a body that wastes water”, Thierry Weill told reporters at the end of the executive meeting of the FIH.

Indians are of course, not unfamiliar with the impact of water requirement on sports, with memories still fresh from 2016  when IPL matches in Maharashtra had to be shifted out of the state due to the drought there. All because the cricket grounds required over 80-100,000 litres of water for every application on the field. Its a precedent that will haunt the league every year, as it falls just before the inset of the monsoons, when water scarcity is usually peaking.

The FIH, by taking this decision, is of course seeking to achieve more than just public approval for the game of Hockey. The federation hopes that the new turf requirements will also bring down the cost of making fields for the game, making it more accessible for a younger generations of players. Even the idea of reverting to grass covered fields, the standard hockey grounds till astro turf made its appearance in the 1970’s, changing the game for ever.   Long term trackers of the game will recall how the shift in turfs also led to a massive power shift in the game, with erstwhile Asian superpowers of the game like India and Pakistan losing out to European rivals, on the much faster and physically demanding turf. That took Hockey in the sub continent into an almost irreversible decline.

Other sports like Lawn Tennis also made a similar transition from grass, necessitated mainly by the need for covered courts or indoor courts, without quite going the hockey way with the water guzzling astro turf. Even Wimbledon, the only grand slam tournament that still uses grass courts, has made noticeable efforts in recent years to control water usage, and with the grass being cut down to the shortest size in history.

Interestingly Golf, perhaps the largest and most visible target of conservationists when it comes to  water and sports, has managed to stay away from the limelight precisely because it is not exactly a mass sport in most places. Even then, efforts have been made, from using less water consuming grass, to treated water, to intensive rainwater harvesting at courses themselves, to make the game sustainable. With a typical 18 hole course capable of taking in almost 300,000 litres per day on average in summers, the sport has a tough time  managing its critics, even though the courses themselves have done everything, from promoting themselves as green lungs to city forests, to retain the privilege of consuming those quantities.  But the sheer volumes they need remains possibly unconscionably high, which is why we really doubt if we shall be seeing many new courses open up now, and quite possibly, with actual following probably peaking and now going into a gentle slide, we might even see a few being closed too. 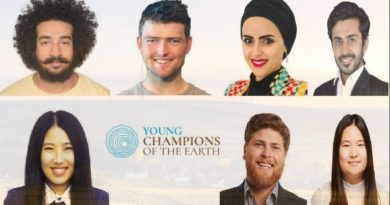