A flurry of summits this week across Dubai addressed the threat of climate change, or at least acknowledged that a pivot away from fossil fuels toward cleaner sources of power is needed to keep temperatures from rising.

The glaring fault lines, however, lie on when and how to achieve this. For fossil fuel producers, like the United Arab Emirates, which hosted the gatherings, more investments, not less, are needed in oil and gas.

“We definitely at this time need to include all available resources,” UAE Minister of Energy, Suhail al-Mazrouei, said at an energy forum in Dubai.

“We cannot ignore or say we are going to abandon certain production. It’s just not the right time, whatever reason you have,” he said, adding that doing so would make prices too high for millions around the world.

It was a drumbeat echoed throughout the week in Dubai, reflecting the prominent voice fossil fuel producers are seeking to have in the global climate change conversation.

It rang out at the Atlantic Council Global Energy Forum, the World Government Summit and a UAE-sponsored climate week in partnership with the United Nations.

OPEC Secretary-General Mohammad Sanusi Barkindo said that in the upcoming UN climate talks, known as COP27, in Egypt and next year’s COP28 in the UAE, producers can address issues around “inclusiveness to ensure no sector is left behind, to address the issue of investment in the industry and to reassess the conversation.”

He said limiting global temperature rise to no more than 1.5 degrees C (2.7 degrees F) and the role of oil and gas “are not mutually exclusive.”

That amount of warming compared to pre-industrial times is a benchmark and scientists say warming beyond it will expose people worldwide to far more extremes.

To drive home the argument, proponents of more fossil fuel investments pointed repeatedly to current high oil and gas prices as reminders of the global demand for oil. There was near derision at times that countries like the United States, the UK and others are calling for fossil fuel use to ramp down in the long term but also pleading for more oil to bring down prices for consumers.

The United Nations Intergovernmental Panel on Climate Change and other international bodies have said that to address climate change there should not be new investments in fossil fuel infrastructure and that the fuels, which are mostly responsible for climate change, must phase out over time.

That was reiterated in a 350-page report this week by the International Renewable Energy Agency that said the world must take “radical action” by investing USD 5.7 trillion each year through 2030 to shift away from fossil fuels. IRENA, which happens to be headquartered in the UAE capital of Abu Dhabi, said investments of $700 billion should be diverted away from the fossil fuel sector each year.

“The energy transition is far from being on track and anything short of radical action in the coming years will diminish, even eliminate, chances to meet our climate goals,” said Francesco La Camera, the director-general of IRENA, when the report came out.

OPEC, weighted by Saudi Arabia, projects that more oil will be needed through 2040 and beyond, particularly in Asia.

Brent crude stands at USD 105 a barrel, the highest in eight years. The prices are not only good for the oil-driven economies of Saudi Arabia and the UAE, but also Russia, helping Moscow offset some of the pain from US-led sanctions related to the war in Ukraine.

Without energy security, countries will lose the means to tackle climate change, he said.

Recent data show that despite rapid growth in renewable energy, total emissions of the gases that allow the Earth to warm are going up, not down, amid rising energy demand and the expansion of fossil fuel use.

She made the remarks this week at Dubai’s World Government Summit, where she unveiled an IMF paper titled “Feeling the Heat,” about adapting to climate change in the Middle East.

The argument made repeatedly by Sultan al-Jaber, who is both the UAE’s Special Envoy for Climate Change and Managing Director of Abu Dhabi’s state-owned oil company, is that the energy transition will take time. And in that period of time, he says, the world will need more oil and gas.

“Put simply, we cannot and we must not unplug the current energy system before we have built the new one,” he said at the energy forum.

At the UN-backed climate week event, which took place at the opulent Altantis hotel, he said the push to divest from hydrocarbons has led to a supply crunch.

In his dual roles as climate change envoy and head of ADNOC, the state-owned oil and gas firm, al-Jaber symbolizes the two paths the UAE is taking.

On one hand, the country has committed to net-zero emissions within its own borders by 2050. On the other, it is committing to more oil and gas production for export. The country’s commitments do not apply to the emissions from burning that fuel.

Al-Jaber summed up this dual track, saying the UAE is expanding production capacity of what he dubbed “the world’s least carbon-intensive oil to over 5 million barrels per day” and its natural gas capacity by 30 per cent. Simultaneously, the UAE has plans to invest USD 160 billion in renewable energy to achieve its net-zero pledge.

Saudi Arabia, which pledged to have net-zero emissions by 2060, is similarly cutting emissions domestically while vowing to keep pumping oil until the last drop. The production capacity increases come as Gulf Arab countries experience rising temperatures and humidity, as well as water scarcity, threatening food security and life across the Middle East.

At the UN climate week event, environmentally conscious participants sipped on coffee and tea and feasted on buffet lunches in between panels and workshops on everything from food sustainability to water scarcity to carbon-credit swaps.

It left Yara Wael, 23, from Alexandria, Egypt, excited for her country’s turn at hosting this year’s major global climate summit, but she was also left baffled. She works with Egypt’s Banlastic, which aims to end single-use plastic, and this was her first trip outside Egypt.

She pointed out how the paper cups for coffee and tea could have been biodegradable or reusable, and questioned where all the leftover food from the buffet was going.

“When we hold an event on the environment or climate change, we have to think about ourselves and what we’re doing now,” she said. 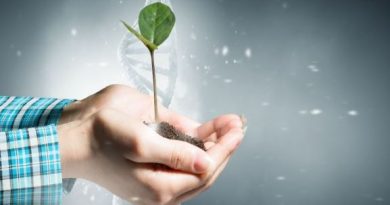 Mahindra Agri Partners With KeyGene to Innovate in Key Crops 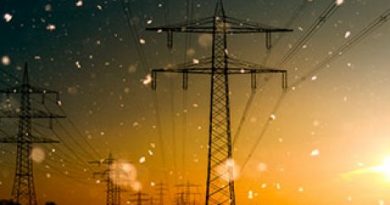 UP Regulator Orders Compensation To Consumers For August 12 Disconnections 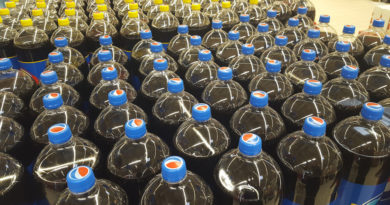