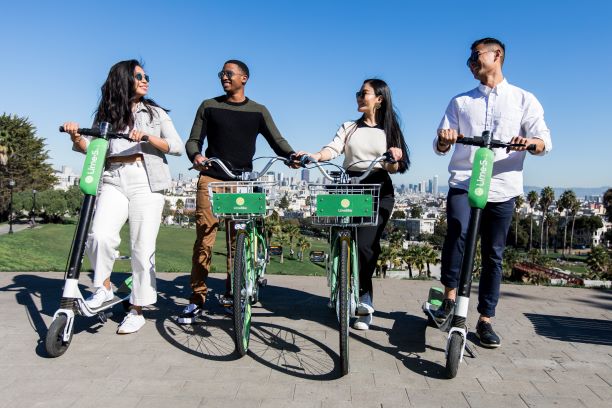 The Uber & Google-backed electric scooter and bike-sharing company Lime has launched its first UK operation with its dockless e-bikes. Lime has been valued as a billion dollar firm, making its moves especially interesting for other start ups eyeing the domain.

US Based E-Bike Rental company Lime has launched its first operations in the UK with its Dockless E-bike, in Milton Keynes.

Jaanaki Momaya, Lime’s UK general manager, said the scheme would be “an emission-free, affordable, accessible and convenient way of getting around town”.

The Californian company which began operations in 2017, has already spread rapidly across all of US, Parts of Europe and recently started operations in Australia. Uber and Google have invested a part of $335 million at Lime’s fundraising round in July and now the company values over $1 billion dollars.

Lime uses a phone app through which you can unlock the e-bike  at a cost of £1 , and 15 pence every minute afterward for the ride. The charge in UK is 25% higher that what US riders pay and is also higher than other bike rentals in the UK.

Most dockless bike-sharing firms have the same model. Users use a  GPS smartphone app that for a fee,  unlocks a bike near them, and when they complete the ride, they can leave the bike anywhere convenient, rather than a specific docking station.

There are serious worries for Lime’s  success in the UK as other dockless e-Bike rental businesses like Mobike, have flopped due to theft and vandalism. In Australia too, where Lima launched its services this year,  3 similar companies folded up  in 2017. Singapore based OBike, and then its competitors ReddyGo and OFO all exited from Australia within few weeks last year. Lime of course hopes to overcome such odds by the most trusted startup solution. Oodles of money. With  cash to burn,  the firm will be hoping to outlast the initial wave of ‘learning’ and establish its model as the go to model.

The Uber and Google-backed company is optimistic that its electric bikes with dockless feature will better address the gaps in the traditional public transport. Lime plans to start with 50 bikes in Milton Keynes and double that number with demand. Lime hopes that it will reintroduce the bike riding culture to Britain in some capacity.

Lime’s bikes are electric, which makes riding them easier and quicker. Each bike uses a lithium battery that will be recharged every two days. Lime has hired a team of people to monitor the bikes and recharge them. The company claims they can reach speeds of 24km/h, even with hilly terrain but in UK, Lime bikes will have a maximum speed of 15m/h. Lime expects the average trip to be about 15 minutes, costing £3.25 in UK.

The possibilities for such innovations in India remain remote, thanks to the lack of lanes for slow bikes, not to mention a horrific disregard for small bikes by moving traffic on the roads. making any biker much more vulnerable to accidents. Perhaps a model might exist in the large sprawling campuses, both educational and  corporate, for use within the campus and nearby areas. This could work especially in smaller cities like Kharagpur, Ranchi, etc where you have a high number university population.