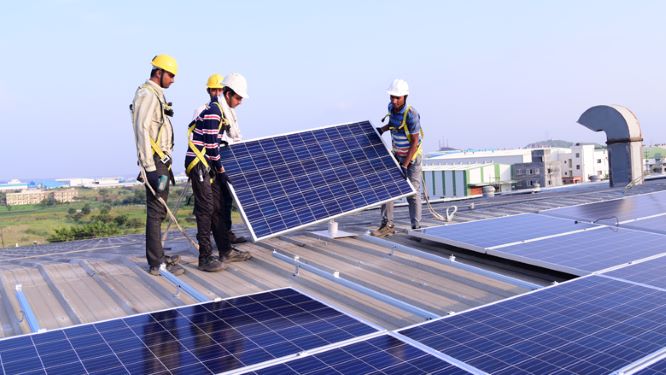 In the sort of decisiveness the industry could do with in other states, in Telangana, the Municipal Body has made housing permits subject to solar installations

Telangana town municipality in Karimnagar is pulling out all stops to push for Renewable energy in its grid and at the same time finding customers for it.

The Municipal Corporation of Karimnagar (MCK) has made it mandatory for all buildings larger than 300 square yards (2,800 ft) – whether commercial, houses, apartment complexes or community halls – to install solar panels on rooftops.

Karimnagar is Telangana’s fastest growing town and the recent rule is aimed at the Karimnagar Smart City project, where integrating solar power is mandatory. Karimnagar is the first municipal corporation in Telangana to make solar on new buildings mandatory and the move comes as part of India’s Smart City Mission, which mandates 10% of electricity be generated by solar.

The requisite construction permits will not be granted if there are no provisions to construct these solar panels. This rule came into effect on March 1 and applies to older structures as well, according to a resolution passed by the town’s municipal body.

This means that property owners can earn revenue from all the surplus solar power they generate with the NPDCL buying it up at Rs3.50/kWh. Also, MCK is installing solar panels across 77 government offices, school buildings and even other properties they own to minimise their power bills and generate solar energy.

According to ‘Telangana Solar Power Policy 2015’- “Telangana has vast solar potential with average solar insolation of nearly 5.5 kWh/m2 for more 300 sunshine days. The government of Telangana intends to make use of the positive environment in solar market and push given by Government of India for substantially harnessing the solar potential in the state of Telangana,”

Further, the Karimnagar authority signed a memorandum of understanding with TSREDCO to generate 1.45 MW of power through the solar rooftops, a move which would almost double the district’s current 1.5 MW installed solar capacity.

Other States are looking at Sun

Telangana is not the only state pushing solar through municipal corporations. In West Bengal, the building rules of the Kolkata municipal body specify any building more than 15.5 m – five storeys – in height must install rooftop solar. For other municipalities in state, the cut-off elevation is 14.5 m, or four stories.

Pune Municipal Corporation, on the other hand, is planning to exceed Smart City’s 10% mandate by targeting 15-20% of electricity from rooftop solar alone. The project covers Pune and a special focus is laid on Aundh, Baner and Balewadi in Maharashtra. Whereas, Kolhapur Municipal Corporation plans to set up solar panels at all its divisional offices and buildings. The biggest issue with mandatory solar so far has been the issue of enforcement.

The Ministry of New & Renewable Energy’s Solar Cities Masterplan directs all municipal corporations and city councils to create a Solar City Cell and constitute a Solar City Stakeholders Committee. The civic bodies have been instructed to promote a National Rating System for the construction of energy efficient green buildings with a strong focus on commercial and public facilities and to amend building by-laws to make solar water heaters mandatory. Around 90 municipal corporations in eight states have mandated solar power heaters in residential and commercial complexes. Various civic bodies are also offering rebates on property tax for solar energy use. 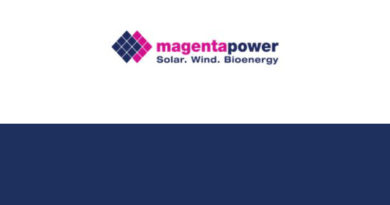 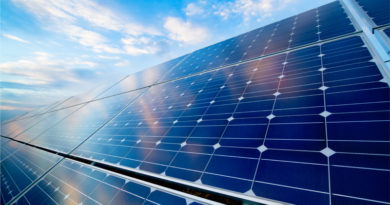