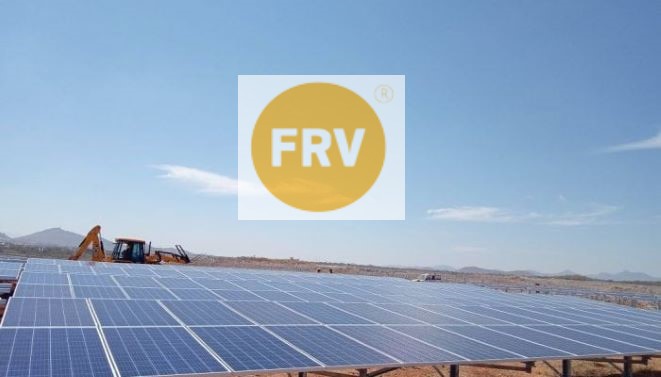 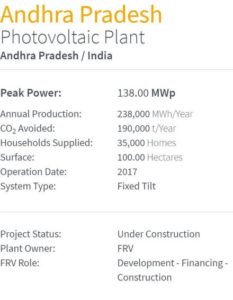 Without specifying the individual capacities of the two plants , the wholly-owned subsidiary of Saudi Arabia’s Abdul Latif Jameel Global Energy DMCC, Fotowatio Renewable Ventures said these are part of the 138 MW (DC) Andhra Pradesh Solar Farm in India. The photovoltaic (PV) plant is comprised of two 100-hectare (247 acres) facilities located within the Ananthapuramu Solar Park in Andhra Pradesh. This is the first large-scale PV facility the company has developed in India.

The plant is expected to produce power to meet the demand of about 35,000 local homes in a year, while offsetting around 160,000 tonnes of carbon dioxide (CO2) emissions per year.

FRV earlier had raised $29 million in financing from the International Finance Corporation (IFC) in 2017 for its two PV projects in Ananthapuramu Solar Park in Andhra Pradesh.

After winning the project in 2016 under a reverse auction conducted by the Solar Energy Corporation of India (SECI). Back then, it signed power purchase agreement for 135 MW capacity for a period of 25-years for a fixed tariff of Rs 4.43/kWh coupled with Viability Gap Funding from SECI, with project developed within Ananthapuramu Solar Park.

In August, reports of FRV’s exit from India’s solar market did make rounds. The news came at the time when solar tariffs were hovering at a record low of Rs 2.44/kWh since May and July when SECI held an auction. Add the confusion of safeguard Duty to it which might have encouraged the largest Arabian green energy utility to look for an early exit.

India, which is the world’s third-largest energy consumer after the US and China, is running the world’s largest clean energy programme to achieve 175GW of clean energy capacity by 2022 as part of its global climate change commitments. But the repeated policy fumbles can derail its ambitious task in its quest to reinvent the wheel. Indian solar sector which attracted a whooping $10 Billion in 2017, has failed to attract even half in the first two quarters of FY 2018-19 largely due to slowdown in project installation activity. There is lack of large-scale project pipeline as tenders and auctions are regularly delayed or scrapped, leaving many project developers high and dry. 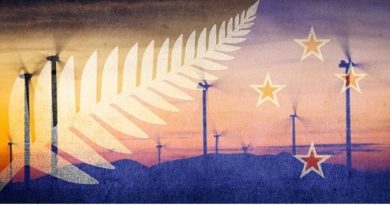 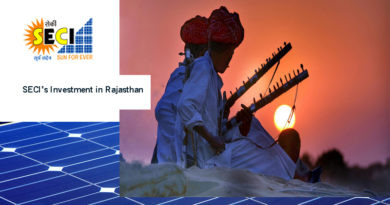