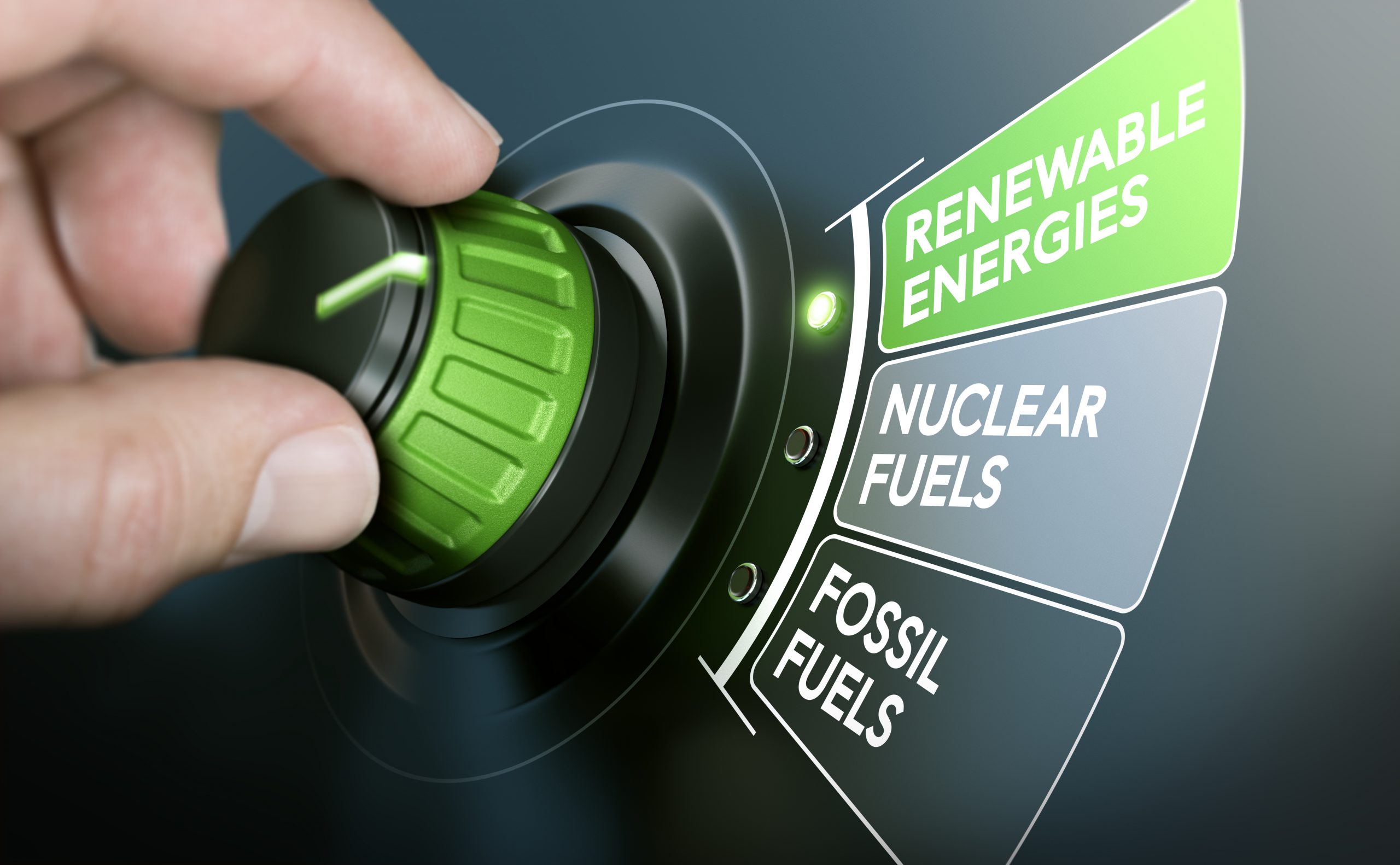 With total emissions of over 2,400 million tons of CO2 equivalent (MtCO2e) in 2020, India is the third-largest greenhouse gas (GHG) emitter country in the world after China (10,668 MtCO2e) and the United States (4,713 MtCO2e). At CoP26 India promises a slew of firm measures to reach a net-zero goal by 2070. Measuring our progress on commitments will be best served by tracking key milestones on the way. We look at the biggest milestones on India’s path to net-zero by 2070.

The net-zero by 2070 commitment is part of a strategy of Panchamrit or “five elixirs” – non-fossil fuel energy capacity of 500 GW by 2030; Fulfilling 50 per cent energy requirements via renewable energy by 2030; reducing CO2 emissions by 1 million tons by 2030; and Reducing carbon intensity below 45 per cent by 2030.

India faces a challenge common to most developing countries. While on one hand, the Asian leader needs to escape its poverty through development (which would require a lot of energy in any form), on the other hand, climate change is a supreme concern for the global community.

India’s journey so far has involved some hectic negotiations, as well as work internally. Thus, even ad the country held back on a net zero commitment right upto COP 26, it has remained steadfast on its relationship with Coal. Understandably so, when richer countries have failed to meet their own targets or provide the cheap financing essential to make faster changes.

The impact of a single extreme event, Cyclone Amphan in 2020, affected 13 million people in India and wrought $13 billion in damage, driving home just how critical the coming years will be to balance growth with action on mitigation. The spike in oil prices simply underscores the ‘no other option’ situation for energy when it comes to meeting its immediate energy needs from coal, that is available locally. So let’s move to the milestones:

Glasgow summit saw significant upgrades in India’s previous climate targets, earlier set in the Paris agreement. India now targets installed renewable energy capacity by 2030 from 450 GW, previously agreed, to 500 GW. 2030 is not too far off, and meeting this goal will showcase the country’s progress like nothing else, perhaps.

As it stands, coal currently contributes to more than 70% of all Indian electricity generation which has increased at an annual rate of 6 per cent since 2015. And the country is expected to have a larger increase in energy demand in the next 20 years than anywhere else in the world. The 500 GW target is also linked to taking the the share of renewable energy in total electricity generation to 50 per cent by 2030 (instead of 40 per cent earlier).

However, solar and wind, even as they become cheaper,  are intermittent. As their share goes up, the grid will require cheaper storage to power electricity at peak hours. India’s rooftop, and off grid solar story has also been a disappointment so far. Also, newer Hydro-power projects are becoming both more expensive and subject to vagaries caused by climate change, besides being a burden on the ecosystem themselves. Thus, progress on Solar+Wind, and energy storage all of which have been in focus through PLI schemes and other policy measures, will be decisive here.

Cooking fuel is one of the most underrated segments in the world of carbon neutrality.  According to a Global Burden of Disease study, air pollution generated indoors, on a desi chulha, kills 1.7 million and also causes $37 billion of economic losses on health and environment costs. India recently took initiatives like Ujjwala Yojana to substitute firewood and coal from households, mostly rural, with gas. Gas is seen as key compone t in transportation too, besides the push to electric vehicles.

Similarly, the transport sector alone causes 25 per cent of the air pollution due to fossil fuel use. Sustainable Alternative Towards Affordable Transportation (SATAT) is one such initiative of Indian lawmakers that would benefit both vehicle users as well as farmers and entrepreneurs. Under this scheme, Compressed Bio-Gas (CBG) plants are proposed to be set up mainly through independent entrepreneurs. CBG plants would further disincentivise the use of biomass in household works and push its use for the SATAT initiative. Besides cutting down on oil imports.

The push for Electric Vehicles (EVs)  holds huge potential for going carbon neutral, especially as the share of renewable energy in the grid goes up.

India also has an Ethanol Blended Petrol (EBP) programme to promote the use of alternative and environment-friendly fuels and to reduce import dependency on energy requirements. Last year, India brought forward its target of selling 20% ethanol-blended fuel by five years to 2025.

About 25 per cent of global emissions come from the land sector, the second-largest source of GHG emissions after the energy sector. About half of this (5-10 GtCO2e annually) comes from deforestation and forest degradation alone. Thus, the extent of the area under forests is very critical for climate neutrality.

Increasing area under forest has to be one of the most important milestones that India may achieve on its way to carbon neutrality. As it stands, as per the recent India State of Forest Report (ISFR) 2021, the total forest and tree cover in India is 80.9 million hectares, which is 24.62 per cent of the geographical area of the country.

Forests can be both net emitters or net sinks of carbon. India’s Second Biennial Updated Report to the UNFCCC indicates that land use, land-use change, and forestry sequestered 301,193 Gg of total CO2 emissions in 2014, which was about 18 per cent of India’s total GHG emissions at that time.

As per research studies, addressing both, the loss and the degradation of natural systems as well as the challenges in promoting the restoration, can contribute to over one-third of the total requirement of climate change mitigation by 2030.

For this reason, forest and tree cover has been India’s priority. Thanks to various policy measures, it rose by 2,261 square kilometres between 2019 and 2021. This is in line with India’s vision of restoring 26 million hectares of degraded land by 2030. Apart from this, India also has a commitment to achieve an additional carbon sink of 2.5 to 3 billion tonnes of carbon dioxide equivalent.

There are provisions in the draft NFP 2021 as well. It includes substantially increasing the tree cover outside forests by incentivising and promoting Agro-forestry and farm forestry; managing and expanding green spaces in partnership with local communities. Other measures like urban forests, afforestation/reforestation in PPP mode, etc are some of the measures which may help fulfil the nation’s CoP26 goals. India must also not forget the goal of 33 per cent area under forest and tree cover as per the National Forest Policy, 1988, which also remains incomplete.

High ambitions of 45 per cent reduction in carbon intensity, curbing emissions by 1 billion tons by 2030, and net-zero by 2070 will require a thorough approach by a country that is the world’s third-largest emitter of CO2. Such ambitious commitment requires significant technology preparedness, global climate financing and corporate adoption in India. Especially at a time when the country seeks to renew its move to industrialise, an imperative for the jobs it can create.

Manufacturing and industrial companies represent 22% of global emissions. Indian factories have a huge demand of fossil fuels. India’s oil demand is expected to remain around 5.2 million barrels per day, while gas demand could grow by around six times by 2050. As a developing economy, the numbers are expected to increase much more.

Thus, the organizations with large manufacturing footprints need to build and implement roadmaps for their facilities that not only reduce emissions but also deliver on their operational and financial targets.

Indian needs its factories to have their own roadmaps for net-zero emissions. And these need to be way more ambitious than national targets.

Instead of a carbon market that makes companies pay for every ton of carbon dioxide they emit, India, in 2008, launched Carbon credits, a program that forced energy-intensive industries to become more efficient. Here, Companies that use less energy than set targets can trade the savings as credits. This is a really efficient way as it refrains the government authorities from bullying factories to limit emissions or pay huge fines. Now such factories which can’t reduce may simply buy the credits. The program has reportedly saved 87 million metric tons of CO₂ in 2020, about the same as Bangladesh’s annual footprint. Have you noticed the star mark on home appliances? They are energy-efficiency labels showing how well the appliance conserves power.

The relationship between agriculture and climate change is complex. The global food system is a leading cause of Climate Change, as well as a significant victim and one of the key contributors to climate change, all at the same time.

To sequester carbon from the atmosphere, various initiatives fit the Indian context – Agroforestry, a system of farming that combines trees with livestock and crops on the same land; and carbon farming, a system that helps the land store more carbon and reduces the number of GHGs that it releases.

Some technical advancements would involve practices and methods like Green Energy Adoption, Precision agriculture, and sustainable Animal husbandry. The 2070 net-zero targets will require changes in agricultural practices, or even upgrading them.

Agriculture is the single most important industrial sector in India as it employs over 40 per cent of the total employable workforce. Although it involves huge emissions, the food sector is the world’s largest source of non-CO2 greenhouse gas emissions and does not directly emit carbon dioxide. It rather emits a significant amount of Nitrous Oxide and Methane. Together, agriculture and livestock are estimated to contribute 18-20 per cent of GHG emissions. Nitrous Oxide is estimated to have almost 300 times the atmospheric warming effect of CO2. In addition, around 80 per cent of agricultural methane (25 times more potent than CO2), comes from livestock production. Rice farming, the largest staple, also contributes huge methane emissions. These emissions are much more dangerous than carbon dioxide, with greater impact. 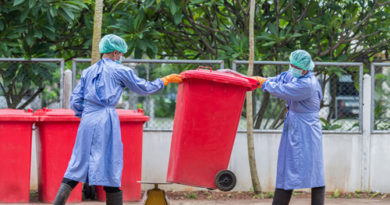 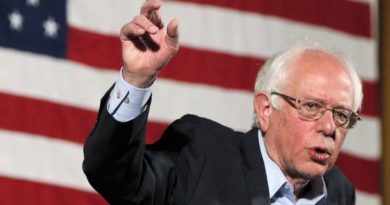 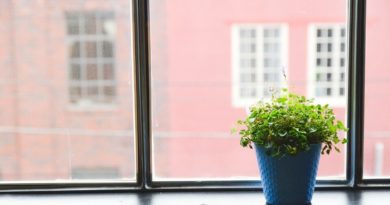 Plants to the rescue. 5 plants for healthier interiors