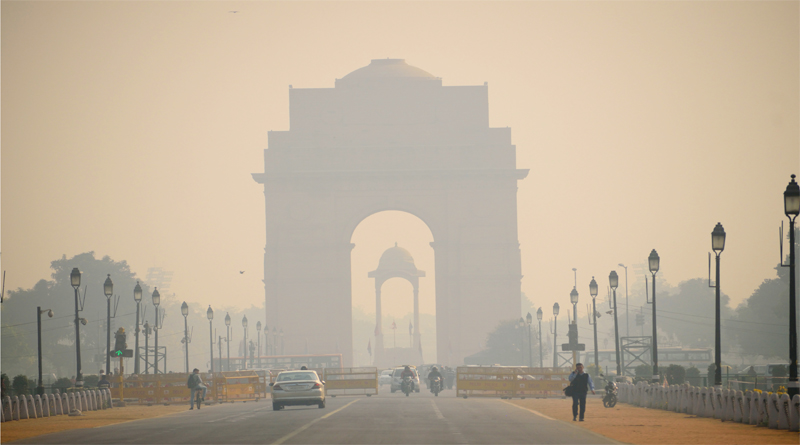 Version 3.0 of the odd-even traffic plan has been announced for Delhi, limiting the number of vehicles on Delhi's roads that can ply from Nov 4-15. It has been done to combat a seasonal spike in Delhi's air pollution but with much of the polluting factors like farm fires not getting curbed, will the traffic plan have any impact this year?

With air pollution levels spiking in Delhi the past few days, Delhi’s government has announced the return of the odd-even traffic plan 3.0 along with a slew of other measures to combat the seasonal menace. The traffic plan will be implemented from Nov. 4th to the 15th said Delhi’s Chief Minister Arvind Kejriwal while announcing the details of exemptions and broad guidelines.

The plan allows vehicles with the last digit of their license plate number to ply on the corresponding odd or even days, effectively limiting the number of the internal combustion engine powered vehicles on the capital’s roads. It was first introduced in Delhi in January of 2016 and then brought back in April of the same year.

The air quality over Delhi has been deteriorating consistently the past few days and pollution is expected to peak around the time the odd-even has been planned. And the bulk of the smog and haze we see is because of dust or smoke from farm fires and crop residue burning in the National Capital Region and in the states surrounding Delhi, in spite of a National Green Tribunal order banning the practice.

With lessons learnt from the first two implementations, Kejriwal today announced the broad contours of the plan. “The scheme will include vehicles coming from other states, and only be implemented on non-transport 4-wheeled vehicles, 2-wheelers will be exempted”, he said.

Though the exemptions dilute in some way the effectiveness of a blanket ban, keeping Delhi moving only on its available public transport modes is just not possible. A fact known well and an area where the government has just not managed to do enough. The ageing public bus fleet is depleting by the day and the adding of new buses has not been consistent. And the fleet of environment-friendly but moody e-rickshaws, CNG powered RTV’s and autorickshaws are a killjoy.

Delhi’s success story is its rapid transit Metro with almost 6 million daily journeys now on the metro rail network but here too, the last mile access issues have taken some shine away from its glory. Most users of the Metro still prefer to drive to and from the station, refusing to either haggle or get fleeced by the last mile e-rickshaws or the notorious Delhi auto wallahs.

But with much of Delhi’s air pollution coming from its neighbours, the state’s government is at the mercy of the federal government and the pollution control bodies to rein in the polluters.

The #Delhi government has shared an image from US space agency @NASA which shows large scale stubble burning in several North Indian states.

The state government has appealed to the federal government to intervene and with elections due in Haryana, not many officers are left to enforce the ban. Also, a majority of Delhi’s neighbouring towns and cities including posh Gurgaon and Noida effectively runs on generator power most of the day and this year, the Graded Response Action Plan has banned the operation of gensets in Delhi and NCR towns, exempting only those in use to run essential services. And again, unlikely this ban will be followed or enforced.

With these challenges, the odd-even plan is at best a ritual that has to be followed because it has been announced. The bigger culprit though is elsewhere and in plain sight but beyond reach. According to research published in a science journal in 2018, the first version of odd-even was a failure and it, in fact, led to an increase in vehicular emissions.

“Odd–even rule policy measure did not result in reduction of primary traffic emissions. Instead, it appears that there was an overall increase in traffic emissions, likely due to the changed temporal and fleet emission behaviour triggered in response to the rule”, the report said.

With the facts that are known and the challenges that are visible, we can only hope that the odd-even plan this time will do better than its previous avatars and Delhi is able to control the seasonal menace.