More than 2,185 academics across disciplines and from 81 countries delivered a letter demanding a Fossil Fuel Non-Proliferation Treaty to manage a global phase out of coal, oil and gas to various governments one day ahead of their gathering at the UN General Assembly that opened yesterday.

In the open letter, the academics recognize that the burning of coal, oil and gas is the greatest contributor to climate change – responsible for almost 80% of carbon dioxide emissions since the industrial revolution. Furthermore, they note that, “air pollution caused by fossil fuels was responsible for almost 1 in 5 deaths worldwide in 2018.”

Despite this, national governments, including the COP26 hosts themselves, plan to expand fossil fuel production at levels that would result in around 120 percent more emissions than what is in keeping with the Paris Agreement target of 1.5ºC of warming.

Signatory Sandrine Dixson-Decleve, President of the Club of Rome, said: “The only way we will meet our Paris Agreement goals and transition to a net zero economy is by pulling out of fossil fuels now. We no longer have time to lose.”

Signatory Lesley Hughes, Distinguished Professor of Biology, Macquarie University and Councillor for the Climate Council, said: “Every fraction of a degree of warming is doing us harm. This means that every day we delay cessation of fossil fuel burning, we come closer to catastrophe.”

The letter comes on the heels of last month’s IPCC report, which was heralded as a “death knell” for the fossil fuel industry by the UN Secretary General, António Guterres and revealed that 86% of CO2 emissions in the last decade are from the burning of fossil fuels.

Signatory Peter Kalmus, NASA Climate Scientist, noted that “this is a global emergency so it requires global coordination to quickly eliminate the immediate cause: deadly fossil fuels.” The proposed Fossil Fuel Non-Proliferation Treaty is critically needed to facilitate the international cooperation required to manage a fair and fast global transition away from coal, oil and gas.

The letter states: “Given the significant historical contribution of fossil fuels to climate change, and the industry’s continuing expansion plans, we are calling for a solution commensurate with the scale of the problem.”

“Phasing down coal, oil and gas in line with 1.5ºC requires global cooperation, in a way that is fair, equitable and reflects countries’ levels of dependence on fossil fuels, and capacities to transition. This, in turn, should be underpinned by financial resources, including technology transfer, to enable a just transition for workers and communities in developing countries and a decent life for all.”

The open letter outlines the academics’ call to world leaders to initiate a new chapter of international cooperation on climate change via a mechanism to compliment the Paris Agreement that would:

Rebecca Byrnes, Deputy Director of the Fossil Fuel Non-Proliferation Treaty Initiative said: “The world’s leading scientists could not be clearer – coal, oil and gas are the primary cause of the climate crisis and are responsible for nearly one in every five deaths worldwide. Any ‘net zero’ policy that allows for the continued expansion of these weapons of mass destruction is insufficient. Just as governments came together to phase out ozone-depleting chemicals, or end the proliferation of nuclear weapons, they must now urgently negotiate a Fossil Fuel Non-Proliferation Treaty.”

The 2,185 academics join a growing number of voices calling for a Fossil Fuel Non-Proliferation Treaty globally. Recently, the Dalai Lama and 100 other Nobel Laureates called on world leaders to end fossil fuel expansion as part of the global campaign backed by more than 700 civil society organizations. 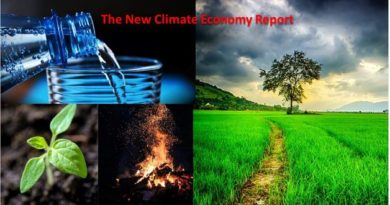