Less than 100 years ago, everyone could look up and see a spectacular starry night sky. Now, millions of children across the globe will never experience the Milky Way where they live. The increased and widespread use of artificial light at night is not only impairing our view of the universe, but it is also adversely affecting our environment, our energy consumption and our health.

While most of us are familiar with air, water and land pollution but the major breakthrough in science with artificial lighting has given rise to yet another pollutant-Light.

The inappropriate or excessive use of artificial light – known as light pollution – can have serious environmental consequences for humans, wildlife, and our climate. Satellite images reveal that Earth’s artificially lit area is growing by more than 2% annually.

Though it varies from country to country, effectively our night-time world is brightening. According to a study published in the journal Science Advances reveal that changes in brightness over time varied greatly by country. Some of the world’s “brightest nations”, such as the US and Spain, remained the same. Most nations in South America, Africa and Asia grew brighter.

Only a few countries showed a decrease in brightness, such as Yemen and Syria – both experiencing civil war.

Another study documenting light pollution across the globe finds that more than 80 percent of the world’s population lives under lightly polluted skies. The United States and Europe have it even worse, with 99 percent of their denizens experiencing skyglow at night.

A recent study published in the journal Nature revealed that artificial light was a threat to crop pollination – reducing the pollinating activity of nocturnal insects.

The new “World Atlas of Artificial Night Sky Brightness,”  report reveals that in Western Europe, only a few small areas remain where the night sky remains relatively unpolluted, including areas in Scotland, Sweden, Norway, and parts of Spain and Austria.

Not just air, light pollution too is on the rise in India

A study published in Urban Climate journal in January 2019 shares our concern that the brightness from outdoor lights is on a steady rise in various parts of India over a 20-year period. 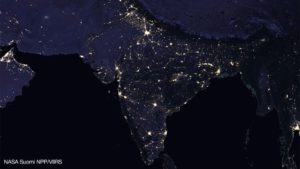 “This means that these states already had a high level of light pollution which has gone up further over the years,” said Pavan Kumar, from the Faculty of Natural Sciences, Jamia Millia Islamia, New Delhi. Whereas in states such as West Bengal, Gujarat, and Tamil Nadu, outdoor brightness due to artificial lights, transitioned from low to high in 20 years.

Light pollution can come in forms such as glare, light trespass, and skyglow in addition to over-illumination and clutter. With our sleep-wake rhythm synced to the day-night cycle, excessive artificial illumination can disrupt health contributing to poor sleep, obesity, diabetes, certain cancers and mood disorders. Artificial light at night puts a spanner in the works for nocturnal animals, interfering with reproduction and impacting populations. For young turtles and birds, disorientation can be fatal. The simplest example of its impact is seen in the many studies that have conclusively proved the ill effects of working in night shifts, for example.

For India it is much worse. “Loss of night” due to excessive artificial light at night for India is three times faster than the global average. Also, Indian Government has plans to install 21 Lakh units of LED lights under Street Light National Programme. However, scientists believe that everyone who installs lights can take action. The most important things are that lights should not be brighter than necessary, and outdoor area lighting should not shine down.

For example, illuminated LED video signs should be dimmed at night. So people should try to use the least light that allows them to see well. Another suggestion is that cities can adopt a policy to require advertisers to turn off lights after a certain hour or put restrictions on what types of area lighting is allowed or restrict how bright signs can be.


"An idea for a water related science project? Participate in the Stockholm Junior Water Prize-India, and it could open up the world for your ideas!" Visit to sjwprize.com
Tags: artificial lightening | Light Pollution | melatonin | Migration | nocturnal Animals | nocturnal insects | pollination 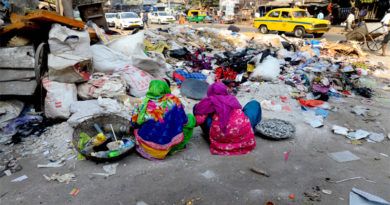 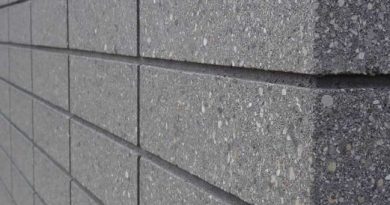