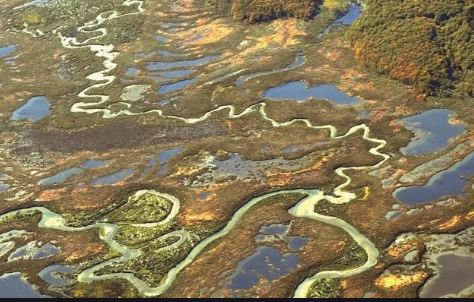 Peatland- More Carbon For Your Buck

Peatlands, that get little media attention at most times, are a vital storehouse of carbon. In Indonesia, these face a particularly strong threat from human interventions with consequences already visible in the form of smog and graver long term implications.

UN Environment’s Dianna Kopansky went on record recently to discuss the massive impact that Indonesia’s peatland fires, and similar peatland fires elsewhere, are having on the environment. Kopansky is the peatlands expert at UN Environment. Her words assume significance at a time when awareness about the vital role of peatlands is just going up, after being ignored for a long time.

Kopansky has highlighted how peatlands conservation is even more critical now when their impact on global warming is taken into account. “Peatland health is under threat from drainage for agriculture, commercial forestry, peat extraction, infrastructure development and, of course, the effects of global heating. There are three main reasons why forest and peatland fires occur: various actors (companies, small scale farmers) use fire to clear land for development and agriculture; fires are often used to stake claims to land in disputes between big companies and small farmers, and drained peatlands are highly flammable during the dry season, so small-scale clearing and campfires can easily burn out of control”.

So just what are peatlands?

Peatlands are a type of wetlands that occur in almost every country on Earth, currently covering 3 percent of the global land surface. The term ‘peatland’ refers to the peat soil and the wetland habitat growing on its surface.

Peatlands are created when year-round waterlogged conditions slow the process of plant decomposition to the extent that dead plants accumulate to form peat. A process that over millennia, has created peat that is metres thick. This makes it a massive storehouse of carbon, much denser than regular forests.

Peatland landscapes can vary from blanket bog landscapes with open, treeless vegetation in the Flow Country of Scotland to swamp forests in Southeast Asia. New areas are still being discovered such as the world’s largest tropical peatland discovered beneath the forests of the Congo Basin in 2017.

Depending on the agency, peat is not generally regarded as a renewable source of energy due to its extraction rate in industrialized countries far exceeding its slow regrowth rate of 1 mm per year, and as it is also reported that peat regrowth takes place only in 30–40 percent of peatlands. Because of this, the UNFCCC, and another organization affiliated with the United Nations classified peat as a fossil fuel.

Join us! The Global Peatlands Initiative will highlight the critical role peatlands play in climate protection as a Nature Based Solution for Global Climate Action #peatlandsmatter #ClimateActionSummit pic.twitter.com/bjD0yxKTik

Kopansky highlights how Indonesia, which holds the world’s largest peatland reserves, was devastated by the 2015 peatland fires. “Indonesia’s 2015 fires led to the creation of the UNEP-led Global Peatlands Initiative, with a mission to protect and conserve peatlands as the world’s largest terrestrial organic carbon stock and to prevent that stock from being emitted into the atmosphere, through fires or oxidation. ”

In India, the issue is significant considering the destruction of the wetlands we have seen with vested interests regularly getting away with categorising these as degraded lands. This at a time when studies have proven that peatland plants are also more resilient to climate change, among their other benefits.  As both Singapore and Malaysia grapple with their own pollution challenge, it is important to understand the critical need to preserve these global carbon sinks too before our coastal cities too fall prey to the syndrome affecting North India currently. 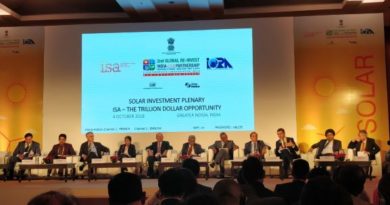