If it Looks Good, It can be India, not 'Foreign'.

The acceptance of the measures being taken and contemplated to fight pollution or even climate change tells us an important story: That behaviour change is easier than it can seem when done right.

Years from now, people could hopefully be surprised at just why it took so long to do what we did to protect our environment and make a bigger front in the fight against possible climate change.

For if there is one thing that this generation has learnt, it is the fallacy of ‘consumer is king’. Or quite simply, the clever sleight by which some of the biggest polluters have conveniently shifted the blame on consumers, saying ‘they wanted it’ this way. When all along, it was actually their own convenience and economy that the polluters truly cared about.

With things coming to a ban in some cases, or heavy fines, or even forced technological changes to make firms more compliant, what has stood out is the relative lack of any resistance from the consumer side.

So we had the ban on plastic bags which has gone through without a whimper of protest, save in the early days when shopkeepers breaking the rules protested, that too against government inspectors and their raids. It’s not as if customers have not felt slightly inconvenienced.

They have, but for them, it has simply been a question of remembering to bring their own grocery bags next time. Not threatening to move away to a different grocer who will provide them with a bag illegally. In three cities that we tracked, Delhi, Mumbai and Bengaluru, the transformation if not complete, is on an irresistible path to change for the better.

In all cities, sales of cloth bags for regular use has gone up, there is a much higher awareness of plastic recycling, and most importantly, shopkeepers no longer blame the plastic bag demand on their buyers.

The same story is playing out on plastic bottles as institution after institution goes bottle free and makes other arrangements to keep their visitors hydrated. At a recent conference, a colleague counted over 25 percent of the attendees with their own bottles tucked on a side pocket of their bags.

Of course, there will be challenges. Already, experts are pointing out how the ‘replacements’ being tied right now, like areca leaf-based cutlery, or even clay pots including the kulhad tea that is the mascot of green practices, are not as green as we imagine them to be. But I am sure alternatives will come in, including options that make a come back from the time before plastic took over.

Or look at the ebbing protests against the use of firecrackers, now falling in use for festive as well as celebratory occasions. And this one is borne out by actual sales numbers from manufacturers and importers.

In a pampered city like Delhi, the protests against vehicle parking fee hikes have also been more and more muted over the past two years, as people have discovered the convenience of CNG powered on-demand taxis at a reasonable rate, a metro network that is spreading wider and wider, and finally, the awareness that when it comes to air pollution, there is no hiding for the contribution of vehicles, private or public.

So just why has this been easier than predicted, so far? For one, in the big battle against pollution, these are still the easy steps, in the larger scheme of things. Two behaviour change happens by seeing, not by being told. For once, the authorities have not instructed, they have practiced what they have preached. as government offices start wearing a plastic bottle less look, they send a strong cue to 5 star hotels, and other such places to emulate behaviour.

Gratifyingly, the same story is playing out on the cleanliness front, as public toilets and their surroundings have started being maintained better, leading to better behaviour too.

Shockingly, the important, and unexpected big miss here seems to be smaller cities and towns in India. Is it a matter of the message not reaching there? Or options not being provided? Or simply the lack of immediate role models and examples? We believe its a combination of all these.  Thus, on matters of public transport, poor facilities make the idea of using public transport a poor joke for most. A problem that is true for many would be users in the large metros too.

A big gap is an involvement of local municipal bodies, which continue to run in a different era of poor accountability, untrained staff and budgets that are eaten up almost wholly in salaries to excess staff. As India moves on much bigger tasks, from providing piped water to 180 million households to eventual stoppage of single-use plastics use, our planners must keep these issues in mind to achieve these goals in a sustainable way.

Our planners let us down, both by planning poorly, and enforcing even more badly. Thus, if you area keen walker, or even a cyclist, our cities seem to have been designed to discourage you. It’s a culture of indifference that is universal, as issues like footpath encroachment has become as much a ‘right’ of the rich as a compulsion of the poor.  Hopefully, the Prime Ministers ‘Swasthya Bharat’ planners will realise the importance of fixing these for a healthy India too. One is hopeful that this time, much could be achieved, as people finally see the good, both public and private,   in these moves. 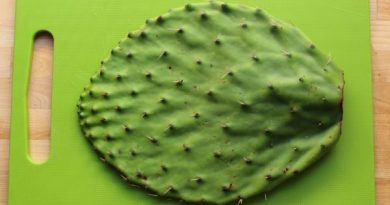 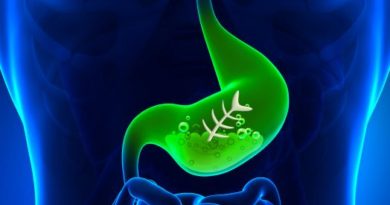