In this primer on the solar sector in India, Sanjeev Aggarwal of Amplus Solar shares insights about the sector, effect of safeguard duty and future power mix of our country.

Right at the start, , Sanjeev Aggarwal, CEO, and Founder, Amplus Solar,  makes it clear that they don’t like to be placed in a slot like rooftop solar. Preferring his own version of the firm as a ‘low carbon, energy solutions firm’ he talks about Amplus Energy Solutions as one of the leaders in providing distributed solar and energy solutions to industrial and commercial customers. Till date, Amplus has delivered a total of over 300 MW of operational and under construction capacity to serve 100+ Indian and multinational customers across 200 sites and 20 states in India.

In an interview with Prasanna Singh, Founder at IamRenew,  at their  super busy office in Gurugram, on a cloudy day, Aggarwal was  optimistic about the future, calling on the government to become a facilitator eventually, rather than the primary customer as it is right now.  It’s a very calibrated, pragmatic view, with very little space for wishful thinking as Aggarwal quite clear about going wherever energy needs evolve to take them.

On current issues like safeguard duty, he reiterated that he is not sure whether the SGD will benefit the Indian manufacturers, pointing out that Chinese manufacturers can be expected to find ways to reduce the prices.

Sanjeev Aggarwal remains optimistic about the rooftop solar space as other giants like TATA power Solar and Trina also venture into the retail or residential rooftop installation market. While not ruling out their own entry into the retail space (They usually look at a minimum size of 100 Kw or more) he stressed that better understanding will help make solar more ‘democratised’.

The rooftop segment is expected to grow rapidly from a current capacity of around 2.2 Gigawatts to the Indian government’s target of 40,000 megawatts by 2022. Distributed solar has inherent advantages including speedy implementation, no transmission losses and use of “idle spaces,” like factory sheds and building terraces, making it ideal for generating renewable energy, especially in markets like India where land is at a premium.

He credits the opex model where the developer (Amplus in this case) takes on the credit and operational risk, as one of the key reasons for the success of Amplus in the commercial segment.  And the fact that the return on investment for the customer makes great business sense. Currently Amplus delivers its distributed energy solutions, through plants located both on-site and off-site, under long-term energy contracts. Amplus invests 100% of the upfront capital requirement, installs, operates and maintains the plant to offer the end-customer hassle-free savings on their energy cost compared to grid energy.

Now, the Gurugram-based solar rooftop developer is targeting to install 400 MW solar capacity in Uttar Pradesh over the next three years with total investments of ₹2,000 core. In the first phase of investment, Amplus will set up 50 MW ground-mounted solar PV project at a cost of over ₹250 crore in Mirzapur.

Amplus is a portfolio company of I Squared Capital, a global private equity fund, which has invested $150 Million, focused on developing long-term sustainable infrastructure assets globally. 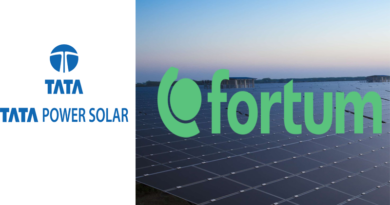 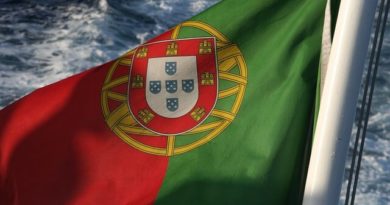 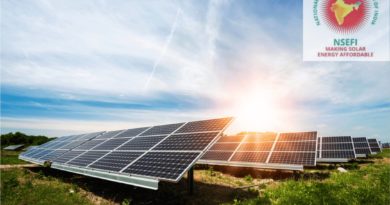