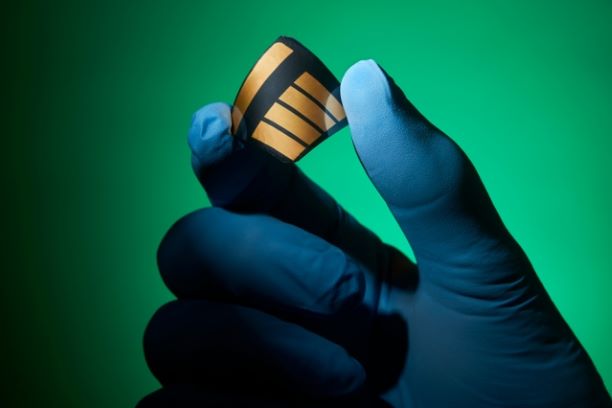 A new proposal from China based researchers makes the case for Perovskites, widely seen as the next gen wonder material for solar cell manufacturing, even stronger.

Higher efficiencies, lower costs, more flexibility and  finally, lower weight if possible have been among the challenges researchers in solar technology have been grappling with. While, many would argue that we are close to that inflection point today, demands from the market have also changed. Recycling of lead from lead acid batteries, is a major issue today. In that context, its worth taking a look at Perovskite, one of the biggest ‘breakthrough’ materials to have come out of solar labs, and the role they could play.

Perovskites, named after the Russian mineralogist Lev Perovski who discovered the base material over 170 years ago in the Ural Mountains of Russia are found abundantly in the earth’s mantle and sometimes, surface deposits even.  Perovskites are different from the traditional silicon wafers that make up solar panels – Perovskites have a unique crystallographic structure that makes them more effective at converting photons of light from the sun into usable electricity. Thus they  are potentially a high-efficiency, low-cost solar technology, and could be a future replacement for the existing silicon wafer panels.

The crystalline cube and diamond like structures can be synthesized from common chemicals in the lab for use in solar cells and other applications including light emitting diodes, catalyst electrodes, fuel cells, IC chips, lasers and sensors etc. Today, in barely a decade since research started in earnest on Perovskite compounds, it is almost normal to hear of announcements where solar cells that have a coating of Perovskite are delivering energy efficiencies of 25% and over in lab conditions. That’s a massive improvement over existing efficiencies of 16 to 20 percent at best, which itself took almost 60 years of research to get there. Thus, Perovskite adoption could have huge implications for both adoption and the resource requirements for solar parks etc in the near future.

Now, researchers in China have found a new positive in Perovskite- an opportunity to recycle lead from lead-acid batteries. For those who may have missed this, the challange of recycling lead-acid batteries, which power over 90 percent of automotive batteries, and find uses in almost every conceivable situation currently, is enormous. With a typical life of 2-5 years fr most lead acid batteries, recycling them is a challenge that is both huge and tough, as failure leads to massive pollution issues, including groundwater poisoning, as we see in India.

Which is where the researchers and scientists at Xidian University in China, and their work on combining recycled lead and Perovskite comes in. They have proposed a new one-step spin-coating recycling process, which they claim can change the solar industry forever.

The researchers here claim to have used anode and cathode lead ‘mud’  from discarded batteries to react with acetic acid and  produce high purity lead acetate. This was used this to fabricate solar cells with a power conversion efficiency reaching 17.83%.

This lead acetate, when combined with Perovskite, achieves a better crystallisation, yielding dense films with high light-harvesting efficiency. Professor Rusen  Yang, part of the team and a nanotechnologist himself, says that  that thin-film cells are able to absorb light better than silicon, which is typically used in solar panels. making the case for perovskite solar cells even stronger.

‘We found that the Perovskite thin film derived from cathode has the largest particles and the least number of holes,’ reports Yang. ‘Fabrication of Perovskite solar cells with lead from spent batteries reduces the environmental impact of battery waste and promotes the development of new energy technology.’

Thus perovskites,  besides  high efficiencies,  being a man-made material that can be produced at a low cost,  and a manufacturing process called “solution processing” which basically ‘prints’ out these films like newspapers make a stronger case for themselves with this.  Solutions processing means scaling up is easier, which can drive down costs and make solar still more affordable

The thin-film panels are also more  flexible, lightweight, and semi-transparent. This  makes perovskites a designers favourite too , as we have already seen in some test applications, including ‘roll up solar panels’. Finally, the lower weight could be the critical factor too, as it enables larger establishments to go solar without making major investments in roof strengthening or enhancements to take the weight of a solar set up. 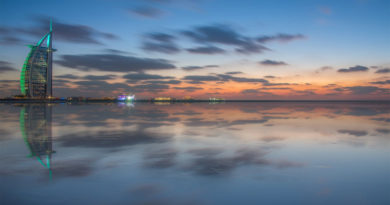 As UAE shifts focus to renewables, hopes rise that more will follow